Home » Latest » #JusticeForBarakat: Outrage as another student raped and murdered in parents’ house 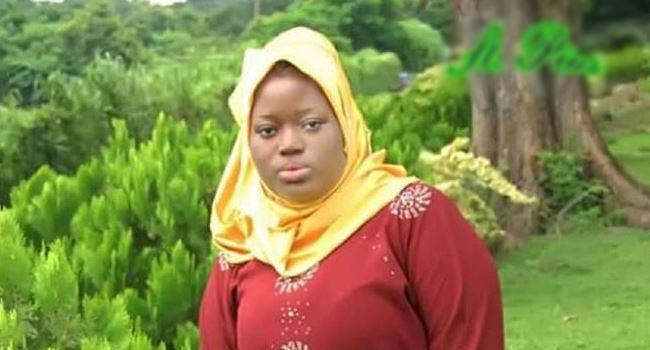 Another student, Barakat Bello was raped and gruesomly murdered by unidentified men on Monday evening in her parents’ house in Akinyele area of Ibadan, Oyo State.

This came after the rape and murder of Vera Uwaila Omozuwa, a student of University of Benin, Edo State.

Ms Bello was a student of Institute of Agriculture, Research and Training, Ibadan.

According to the father of the deceased, the corpse was found by the younger sister

“I was not at home when the incident happened. The younger sister was not at home too, she went for Quranic lessons but when she returned home, she saw her at the back of the house with deep cuts all over her body. She had been raped and killed,” he said

Nigerians have taken to their social media handles to demand proper investigation to bring the perpetrators to book.
Some of the reaction:

Barakat was just 18. She was fully clothed and in HER house. Y’all idiots should come & tell us how she “asked” for it. Cause y’all were still asking why Uwa went to church to read. So tell us what Barakat should NOT have done to avoid being raped and KILLED #JusticeForBarakat

You see this beautifully covered lady?
She got RAPED and MURDERED around her Akinyele home in ÌBÀDÀN yesterday!!#JusticeForBarakat#JusticeForUwa#JusticeForTina#SayNoToRapist pic.twitter.com/XbvhO2xH6k

Yet she was raped & murdered! When you rationalize rape, you empower rapists #justiceforbarakat

The rape and murder of 18-year-old student, Barakat Bello in Ibadan is shocking:
—Amnesty International is calling on the Nigerian authorities @MBuhari to declare a national crisis on rape.
—Women and girls safety must be paramount across Nigeria. #JusticeForBarakat pic.twitter.com/zXqZGVYIzX

A Hijabite, Barakat was reportedly raped & murdered close to her Dad’s house at Akinyele Local Government Area in Ibadan (2/6/20). Rapists don’t care about your age, dress code or consent, they are evil & should be made to face the wrath of law!#JusticeForBarakat#SayNoToRapist pic.twitter.com/OYqBn1uOCa

@Real_jaeflex
Despite all the virtual protests going on, Barakat Bello was RAPED and MURDERED in ÌBÀDÀN just yesterday!!
While we clamour for Justice online, Something needs to be done offline (On our streets)
Stricter punishments for these bastards

@ij_kush
The spirit of Lucifer is in many people in different forms.

It’s in some as rapists. It’s in the National Assembly as thieves

Those with a different spirit have to stand up against this!!
#JusticeForBarakat