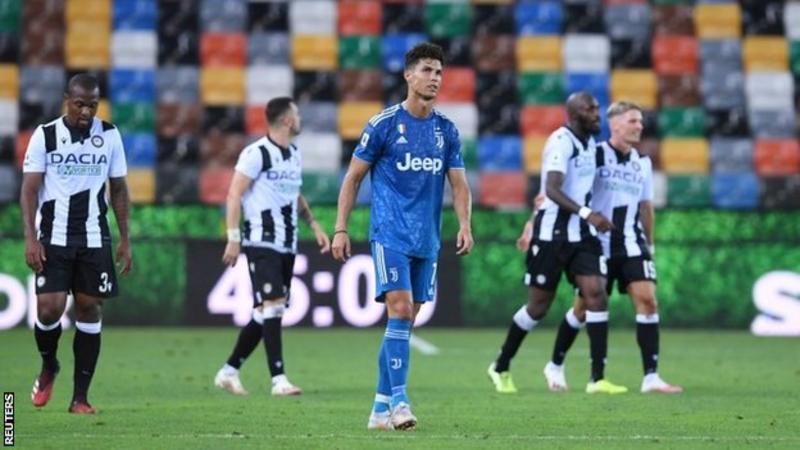 Italian giants, Juventus missed the chance to win this season’s Serie A title on Thursday night after falling to a shock defeat at Udinese.

Super Eagles defender, Williams Troost-Ekong put up a fine performance for the hosts as they claim an important three points.

A win would have seen Juve emerge as Italian champions for the ninth straight time, but a defeat will see them wait.

The champions now need to win one of their final three games to lift their ninth title in a row.

Juventus led through Matthijs de Ligt’s powerful drive, and were cruising in the first half.

But Ilija Nestorovski headed in an equaliser before Seko Fofana’s brilliant winner in injury time to hand victory to struggling Udinese.