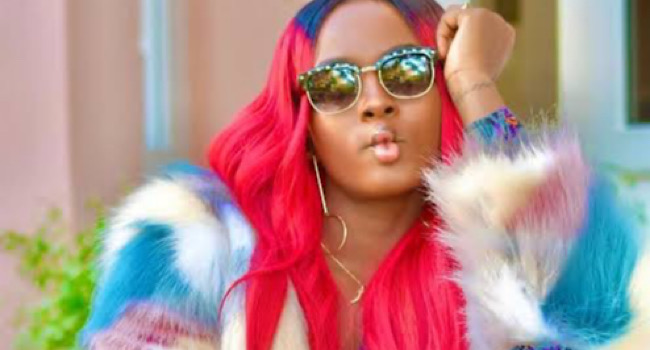 Recall she was called out by various celebrities for disregarding a fan who tattooed her name on her thigh. The reality star has fired back.

Taking to Twitter during the early hours of today, Thursday, February 25, she wrote;

”I HAVE MY OFFICIAL LINE ON MY PAGE, DID SHE AT ANY TIME CALL NOR DM ME BEFORE SHARING THE SAID VIDEO AND PICTURE ONLINE?? I FOUND OUT WHEN I STARTED GETTING TAGS FROM BLOGS AND SO I REACTED PUBLICLY AS WELL…???

THANK YOU FOR THE THOUGHT OF TATTING MY NAME ON YOUR PRECIOUS BODY… But that’s all you get for being so desperate as to faking something as deep as SUICIDE. I started life @ 16yrs! I was never desperate!!! My Hard work and CONSISTENCY Brought me this far!

NO TO EMOTIONAL BLACKMAIL AND CYBERBULLYING