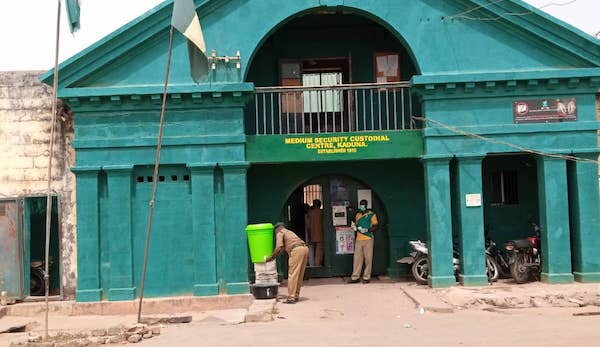 The Nigeria Correctional Service (NCS) has admitted that four inmates died during the violent protest at the Kaduna Correctional Centre last week.

This is coming after the service earlier denied any fatality in the violent protest embarked upon by the inmates who were protesting overcrowding and lack of proper ventilation at the centre against fears that they may become victims of the COVID-19 disease currently spreading across the globe.

It would be recalled that Ripples Nigeria had reported on Saturday that no fewer than eight inmates, who were believed to have spearheaded the riot, were allegedly killed at the centre for their roles in the riot.

However, after the initial denials of fatality, the NCS on Saturday admitted in a statement by the Controller of Corrections, Kaduna State Command, Sanusi Danmusa, that four inmates died.

The NCS however claimed the four inmates died in the hospital from injuries sustained during the riot.

According to Danmusa, the attention of the NCS had been drawn to malicious publications “by a section of the media”, adding that the command had earlier issued a release to inform the public of the attempted jail-break on Tuesday.

The statement reads: “This release is necessary to assure the public that the COMMAND and indeed the Service are not trying to hide any fact as purported by a section of the press, especially when life is involved. Four inmates later died in the hospital from the injuries sustained in the melee that ensued while being restrained by the custodial officers from breaking jail. For the avoidance of doubt, all the deceased inmates were from the condemned section of the Custodial Centre where the jail-break occurred.

“A comprehensive investigation has commenced on the directive of the Controller General of the Nigeria Correctional Service, Alhaji Jafaru Ahmed.”