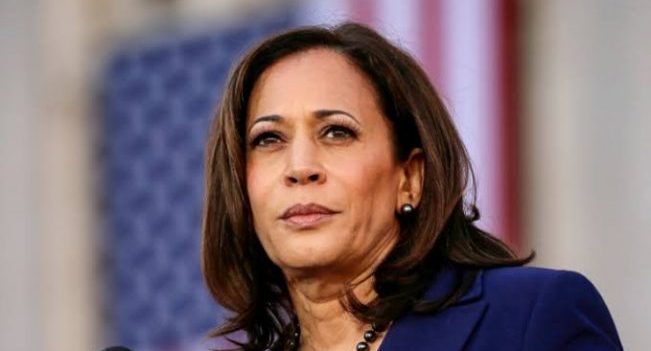 The Vice President-elect in the United States presidential election, Kamala Harris, has made history as the first black and Asian woman to take the office.

Harris and President-elect, Joe Biden, are set to take up residence in the White House after they chalked up unassailable number of votes to trounce incumbent President Donald Trump with a projected 290 Electoral College votes so far.

Though Trump has not conceded defeat in the election and had warned Biden against “rushing to falsely pose as the winner,” the results have shown that not even a miracle can rescue Trump and his campaign team, even as they have filed several lawsuits to challenge the outcome of the poll.

But Harris and her principal know they are riding into the White House and took to Twitter to write:

“This election is about so much more than @JoeBiden or me. It’s about the soul of America and our willingness to fight for it. We have a lot of work ahead of us. Let’s get started.”

Harris also shared a brief video of her call to Biden with the words:

“You’re going to be the next president of the United States.”

Harris, who is a first-term Senator from California, comes from a family of immigrants. Her mother, Shyamala Gopalan, was an Indian who came to the US to work as a biologist and researcher while her father, Donald J. Harris, came from Jamaica to study at Stanford University, where he received a PhD in economics.

That makes Harris, who was already the first Black woman from California to serve in the Senate, the first female, Black and Indian person to hold the office.

Harris’s heritage appealed to Biden’s campaign which hoped it would help raise enthusiasm with voters of colour. Her reputation as an effective fundraiser was also a factor and helped the Biden’s campaign raise nearly $11m in the first four hours after she was announced as his running mate.

Harris also served as California’s top prosecutor, giving her time in court to hone her skills as a tough questioner, a skill she used to her advantage, grilling controversial Supreme Court Justice Brett Kavanaugh, a Trump appointee, during Senate confirmation hearings in 2018.

As the only Black woman who entered the crowded fray of the Democratic primaries, Harris rocked Biden during a debate, questioning his record on desegregation via school busing.

She also joined left-wing leader Senator Bernie Sanders in calling for universal healthcare, or Medicare for All.

Biden selected Harris as his running mate on August 11, 2019, after her name had been floated as a potential pick for months.

Back then, Biden said she was “a fearless fighter for the little guy, and one of the country’s finest public servants.”

During the campaign, analysts agreed that Harris handled herself well in a debate with Vice President Mike Pence and her speeches at public events went without controversy.

After she was named Biden’s running mate, Lara Bazelon, director of the Criminal Juvenile Justice and Racial Justice Clinical Programs at the University of San Francisco School of Law, wrote an opinion piece for the New York Times entitled “Kamala Harris Was Not a ‘Progressive Prosecutor’.”

Bazelon also voiced out her concerns on Democracy Now, including that Harris’s “office fought tooth and nail to uphold wrongful convictions, and in some cases, kept innocent people in prison.”

Harris weathered the criticism to rise to the highest office any American can dream of, and her tenure as Vice President will mark another first in her career.