Home » Latest » Kane wants taking a knee before games to continue, for racism to become ‘thing of the past’ 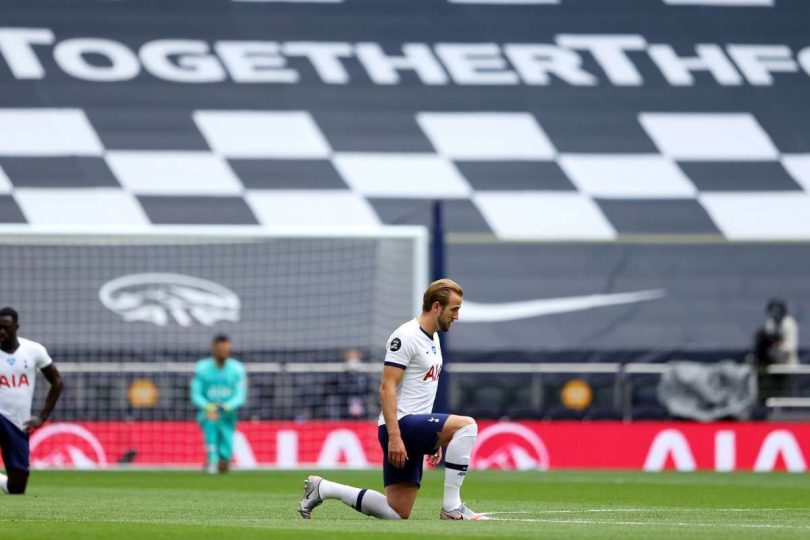 England and Tottenham forward, Harry Kane has called for the continuation of the act of taking a knee before matches kick off in the Premier League.

Kane, who is in support of the Black Lives Matter movement, said taking a knee continually would serve as education and help spread the message across generations.

Players and officials at English games have been taking a knee pre-match since the 2019-20 season restarted in June following the death of George Floyd in the US in May.

Kane, speaking to BBC Radio 5, said the act should not stop in order to show support for racial equality.

“I hear people ask if we should still be doing it and we should,” said Kane.

“If you look around the world you see children watching the game for the first time, seeing us all take a knee and asking their parents and asking why we take the knee.

“It’s a great chance for people to explain why and get their point across.”

The 27-year-old also added: “A lot of white players in the league haven’t been racially abused but we have all been there or seen team-mates and friends racially abused so we want to help make a change.

“The only way to do that is to stick together, to voice your opinion and try to help make that change.”

Kane could be leading Tottenham’s attack against LASK in a matchday five encounter of the Europa League on Thursday.