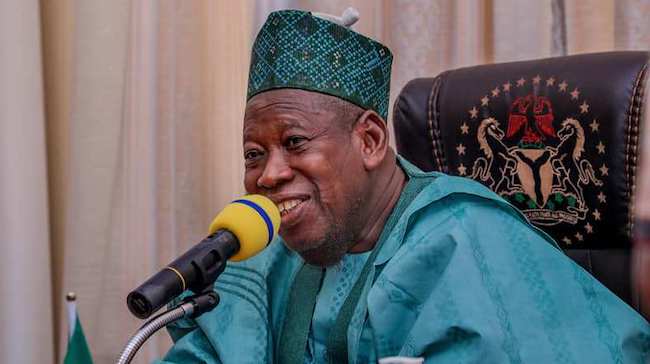 Governor Abdullahi Ganduje of Kano state has reportedly backed his deputy, Dr Nasiru Gawuna, as the chosen candidate under the All Progressive Congress (APC) for the governorship election in 2023.

According to reports, the governor presided over a stakeholders’ meeting on Saturday, where Gawuna was chosen.

The parties also agreed that Gawuna’s running partner should be Murtala Sule Garo, the former Commissioner for Local Government and Chieftaincy Affairs.

During Rabiu Kwankwaso’s two tenures as governor of Kano, the incumbent governor Ganduje served as his deputy.

If Gawuna wins the governorship election in 2023, Kano’s present political history would continue with deputy governors replacing their bosses.

Meanwhile, Governor Ganduje is likely to pick the Kano North Senatorial District nomination and expression of interest forms on Monday.

With new Electoral Act and #EndSARS mobilization strenght, the Nigerian people can win in 2023 -Yesufu

Shehu Sani knocks Nigerian politicians for being too obsessed with power