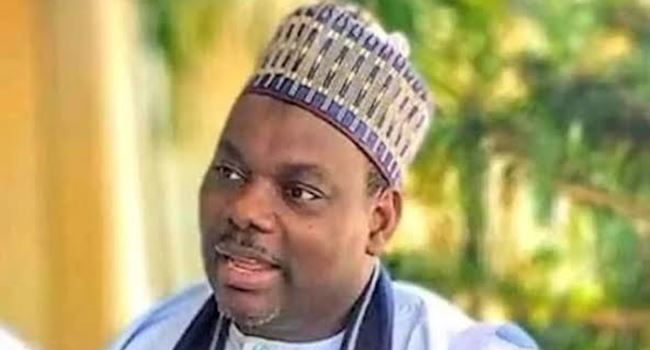 Muazu Mogaji, the former Commissioner for Works and Infrastructure in Kano State who was sacked on Saturday by Governor Abdulahi Ganduje for making ‘Unguarded utterances’ over the death of the Chief of Staff to President Muhammadu Buhari, Abba Kyari, has said that he was misunderstood.

Magaji was sacked after angry reactions trailed his Facebook post while the late CoS was still being buried at the Federal Capital Territory (FCT), Abuja.

The translation of the post reads, “Win win… Nigeria is free and Abba Kyari has died in the epidemic… the death of a martyr… if he is a believer, the person is complete.”

However, in another post on Facebook, Magaji explained that he was misunderstood and that gloating over the death of a fellow human being was against his culture and religion.

He wrote: “As a Muslim and a patriotic Nigerian, I was only misunderstood by people to think that I celebrated Kyari’s death, the truth is I did not.

“The use of “win-win phrase” is basically an attempt to explain the Islamic Promise on the people that died as a result of any kind of pandemic.

“The late Mallam Abba Kyari was privileged to die as a result of COVID-19, making him among the beneficiaries in Islam. He is conferred with the automatic privilege of martyrdom.

“However, in an emotional reaction to my posting, agents around the office of the Chief of Staff misunderstood my whole meaning, infuriated from the loss of their benefactor (and) as such petitioned my principal.

“They twisted the narrative with explanation completely out of context and lacing it with religious and cultural connotations that made it necessary for my principal to show leadership and solidarity with the dead by relieving me of my position.

“I could not have celebrated the death of any human being; because it’s against my culture, social civilization and most importantly, the teaching of my religion.

“I sincerely apologise for any misunderstood action, reaction and inactions, we are all in a difficult time that anxiety, worries and depression make understanding difficult.

“I pray for Allah to grant the late Chief of Staff eternal rest in AlJannah Firdaus and give his family and associates the fortitude to bear his loss.”

Related Topics:FacebookGandujeKano commissioner
Up Next

How Nigeria, other African countries can recover from the coronavirus crisis –AERC

RELEASE OF EXXON-MOBIL STAFF: Wike is not as brave as people think -Ex Rivers APC spokesman