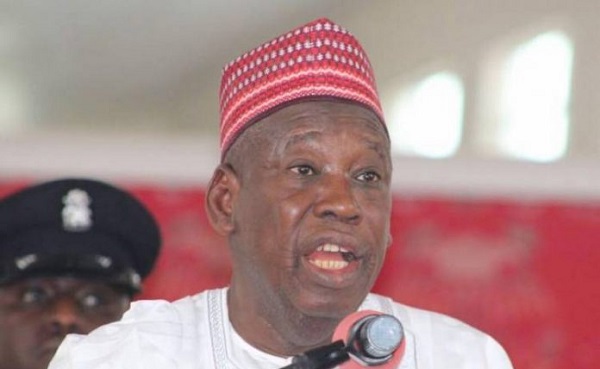 Kano State Governor, Abdullahi Ganduje, has sacked all Permanent Secretaries in the state.

In a statement from the Head of Civil Service on Thursday, the governor revealed that it is line with the decision to “Vigorously pursue/implement the reform initiative embarked upon since its inception”.

Also, he explained that the sack was done to further ensure greater efficiency in service delivery.

In a related development, Ganduje on Wednesday, during the annual Workers’ Day celebration, promised to implement the new minimum wage of N30,000 for workers in the state.

While pledging to maintain the harmonious working relationship between workers and the state government, the governor pledged his administration will among other things train and retrain the labour force.

“The first thing we are expecting is the implementation of the minimum wage which is very important.

He noted that the state government has marked out a series of activities to honour the workers.

According to him, the state introduced an award night meant to celebrate dedicated and hardworking staff and also employers.