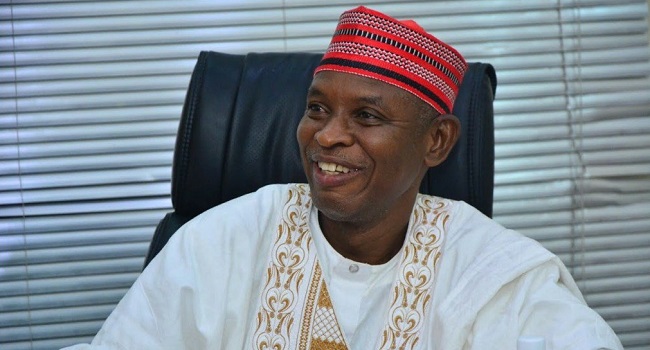 The governorship candidate of the People’s Democratic Party (PDP) in Kano State, Abba Kabir Yusuf, has expressed displeasure over the decision of the Independent National Electoral Commission (INEC) to declare Saturday’s election in the state as inconclusive.

The Commission had on Monday night declared the election inconclusive after the number of cancelled votes exceeded the margin between the winner and the first runner up, incumbent governor Abdullahi Ganduje.

A statement made available on Tuesday by his spokesman, Sanusi Bature Dawakin-Tofa, the PDP blamed the violence that led to the cancellation of results on top government officials in the state, including the deputy governor.

He called on supporters of the party to remain calm as they await that conduct of supplementary elections in some parts of the State.

The statement read: “Kano people have seen glaringly, that the enemies of democracy who are high-ranking officials of the state government including serving the deputy governor, a commissioner in the state and Nassarawa local government chairman who vandalised an election collation centre with the sole aim of truncating the declaration process to deny PDP victory.

“We pray all election offenders would be charged to court at the earliest possible time to serve as a deterrent to all anti-democracy forces and persons.

“We call on all supporters to remain calm; we are known to be peace lovers and so we shall remain as we are very sure of victory during the rerun.

“Our supporters should not forget that PDP is already leading in the last count of the election and interestingly, the election would take place in the strongest areas of our party.”

GUBER POLL: ‘We’re not afraid of a rerun’- Plateau APC