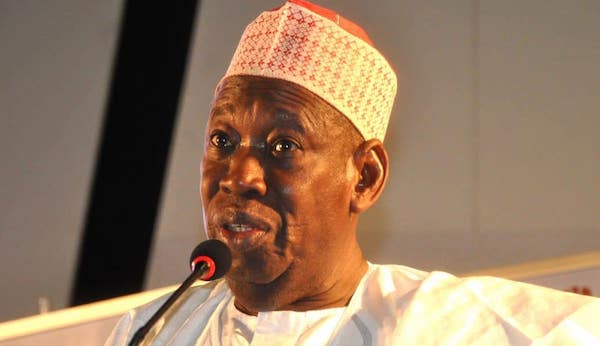 Students in Kano State have taken to the streets to protest the order by Governor Abdullahi Ganduje to close down all public and private schools, including tertiary institutions, in the state.

Ganduje had, on Wednesday, December 16, ordered the closure of all public and private schools in the state with immediate effect.

In a statement issued by the Commissioner for Education in the state, Sanusi Kiru, the governor had mandated all heads of schools in the state to comply with the directives.

Though no official reason was given for the decision to close the schools, it was gathered that the recent spike in cases of COVID-19 in some parts of the country, leading to the closure of schools in some neighbouring states including Kaduna and Jigawa, may have informed the closure of the schools in the state.

However, aggrieved students of Sa’datu Rimi College of Education, Kano State Polytechnic and Aminu Kano College of Islamic and Legal Studies have kicked against the decision and on Thursday, December 17, took to the streets to register their displeasure at the order.

The students who spilled into major streets in the Kano metropolis, held placards with such inscriptions as:

“Education has been hijacked, no more education for the masses, government open schools.”

One of the leaders of the protests, Aisha Muhammad Galadanchi, a student of the Aminu Kano College of Islamic and Legal Studies, was quoted as saying:

Another student, Hamisu Ahmad Gwale, an undergraduate of the Kano State Polytechnic, who expressed his displeasure over the decision of the government, said:

“We have been on holidays for over five months due to COVID-19 pandemic. We were happy when we heard the government announce the reopening of schools but now a sad story of closing schools emerged, we are very sad.

“I am not happy with the government because we don’t know the reasons behind closing of schools; this should be my final year and now they are extending my stay unnecessarily.”

On his part, Habibu Nasiru Uba, a student of Sa’adatu Rimi College of Education, said:

“We were told that the state of insecurity in Katsina State is what triggered the government to close schools.

“It is unfortunate; when I was thinking my exams are ending on Friday, but now, everything has changed.

“The government should review its decision and allow students to write their exams before closing schools again.”

Related Topics:GandujeKano students
Up Next