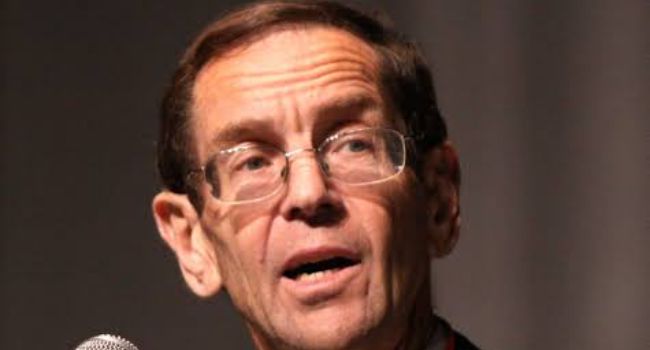 Bruce Fein, the United States-based lawyer of embattled leader of Igbo separatist group, Indigenous Peoples of Biafra (IPOB), Nnamdi Kanu, has written a letter to the apex Igbo socio-cultural body, Ohanaeze Ndigbo, accusing the group of not doing enough for the IPOB leader.

The letter dated May 31 and addressed to the President General of Ohanaeze Ndigbo, George Obiozor, said the group should not be comfortable with sitting on the fence while watching the Nigerian government do everything to “imprison Kanu indefinitely without trial.”

In the letter which also had Kanu’s Special Counsel, Aloy Ejimakor, in copy on Tuesday, the American human rights lawyer noted that he was aware of alleged plans by the Federal Government to imprison Nnamdi Kanu indefinitely without a trial or to expedite his death.

“Without public denunciation of Nnamdi Kanu’s continued political persecution thundering like a hammer on an anvil demanding his release and a dismissal of the manufactured charges with prejudice, the June 28 bail hearing will also be postponed ad infinitum.

“Nnamdi Kanu’s cruel punishment without trial will persist in notorious violation of the Nigerian Constitution and international law.

“Face up to your legal and moral responsibilities as professed Biafran leaders. Do not show your heels when danger appears.

“You collectively, have a legal and moral duty to speak out publicly against this travesty of justice that daily inflicts great misery on the Biafran people.

“Do not become traitors to the noble cause. Risk a tiny fraction of what Nnamdi Kanu has risked to regain Biafran sovereignty. It was stolen by the British over a century ago and the Fulani have refused to restore it by resorting to genocide.

“Silence is not acceptable. Neutrality between the firefighter and the fire is not an option. You cannot escape the judgment of history. Show you are made of sterner stuff than quislings.

“It has become obvious beyond a reasonable doubt that the Fulani zealots have no incriminating evidence against him.

“They aim to imprison Nnamdi Kanu indefinitely without a trial, praying for either for his death or handing his fraudulent prosecution to the next administration and wash their hand like Pontius Pilate.”

APC lawmaker hints at consensus candidate ahead of presidential primaries