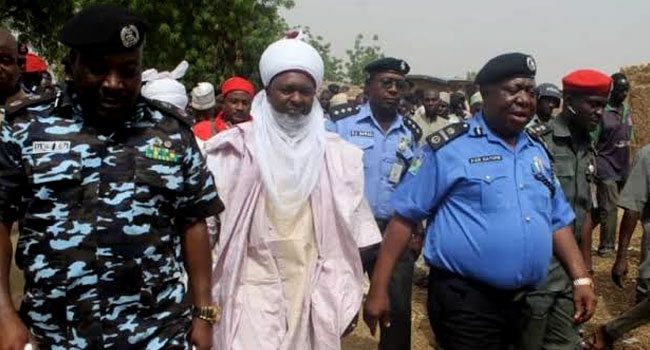 Due to his alleged complicity in the activities of bandits and insurgents, the District Head of Kankara, otherwise called Sarkin Pawwan Katsina, Alhaji Yusuf Lawal has been dismissed by the Katsina Emirate Council.

Ripples Nigeria had reported that Lawal was initially suspended by the Emirate in April.

Consequently, he was found guilty of all the charges leveled against him by residents in his domain regarding his alliance with banditry within his domain.

The Spokesman of the Emirate, Alhaji Ibrahim Bindawa stated on Friday before the dismissal that the District Head was suspended earlier for allegedly sponsoring the activities of bandits in Kankara, one of the frontline Local Government Areas bedeviled by insecurity in the state.

“A committee was set up by the Emirate and was chaired by the Kauran Katsina, District Head of Rimi, after meeting security officials and other stakeholders especially from the Kankara district found the District Head guilty of aiding bandits and kidnappers terrorising Kankara LGA.

“The immediate suspension followed series of complaints by the residents after which investigation was conducted.

“What happened was that the State Government had hitherto directed the Emirate Council to commence investigation into the allegations leveled against the District Head by the residents.

“Upon completion of the investigation, the Emirate found him guilty and submitted its report to the State Government where the Government further directed the Emirate to dismiss him,” Bindawa explained.

In December 2020, 344 students were abducted from Government Science Secondary School, Kankara, and the students were freed one week after negotiations with the Federal Government as well as Katsina and Zamfara State Governments.

Meanwhile, Boko Haram terrorists claimed responsibility for the abduction, saying that the attack was carried out to rein in un-Islamic practices in the School.