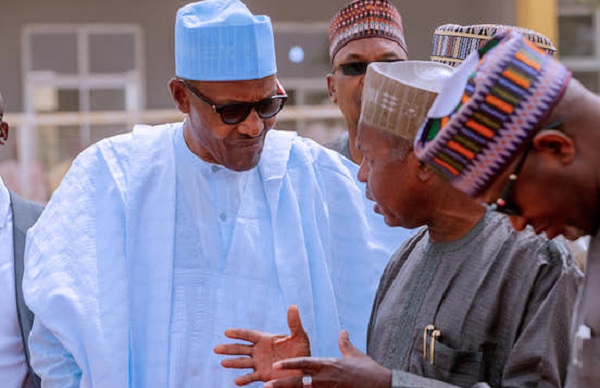 The mother-in-law to the governor of Katsina State, Aminu Masari, has been abducted on the eve of the governorship election.

She was kidnapped from her residence in Katsina metropolis.

Eighty-year-old Hauwa Yusuf is the mother to Binta Masari, one of the wives of the governor.

She was said to have been forcefully taken away by the abductors who reportedly invaded her residence in the early hours of Friday, armed and wearing masks.

The Police Public Relations Officer of the state police command, Gambo Isah, who confirmed the incident, said the police were on the trail of the abductors.

He also gave the assurance that the kidnap victim would be released soon and the abductors brought to book.

Governor Masari, who is seeking re-election under the platform of the All Progressives Congress (APC) in Saturday’s poll, had recently lamented that kidnappers had taken over his state.

President Muhammadu Buhari is in Katsina to vote in tomorrow’s election.