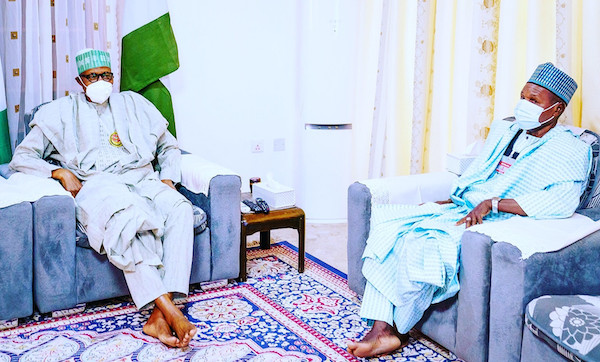 The Katsina State governor, Aminu Masari, said on Monday the abductors of students at a government college in the state have contacted the state government.

The governor, according to a statement issued by the Senior Special Assistant to the president, Garba Shehu, stated this when he met with President Muhammadu Buhari at his Daura home.

He said discussion was ongoing between the bandits and the government on how to ensure the safe return of the students.

Masari was accompanied to the president’s home by the state’s Deputy Governor, Manir Yakubu.

He said: “We are making progress and the outlook is positive.”

The governor also disclosed that the security agencies had located the position of the students.

He said President Buhari was fully committed to the rescue of the students, adding that it was only appropriate to visit the president and brief him on the government’s rescue efforts.

Armed bandits had on Friday night attacked the Government Science Secondary School, Kankara, Katsina, and abducted an unspecified number of students at the college.

Masari told journalists on Sunday morning that at least 333 students were still in captivity after some schoolboys escaped from the bandits.

But the presidency countered the governor a few hours later and claimed that only 10 children are still being held hostage by the criminals.