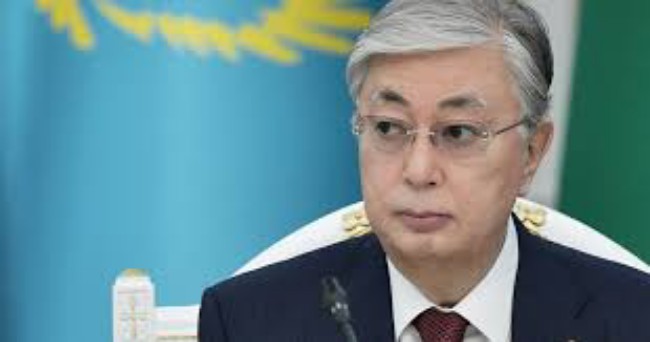 Kazakhstan President, Kassym-Jomart Tokayev, has come under fire after he reportedly ordered security forces to “kill without warning” to crush the violent protests that have paralyzed the former Soviet Republic, leaving dozens dead.

In a public address on Friday, Tokayev condemned the unrest that began earlier in the week, as citizens took to the streets to protest against rising fuel prices, stressing that the uprising had been “masterminded by well-trained terrorist bandits from both inside and outside the country.”

Kazakh state media reported that 18 security personnel and 26 “armed criminals had been killed in the violent protests,” with more than 3,000 people arrested and currently in detention.

In the defiant speech, Tokayev said the situation had “stabilized” in Kazakhstan’s largest city, Almaty, and that the “introduction of a state of emergency is yielding results.”

“But terrorists continue to damage state and private property and use weapons against citizens.

READ ALSO: 15 killed as plane crashes into building in Kazakhstan

“I gave the order to law enforcement agencies and the army to open fire to kill without warning,” he said.

Tokayev lamented that the violence was the product of a well-organized enemy, armed with sleeper cells carrying out “terrorist attacks” and “specialists trained in ideological sabotage, skillfully using disinformation or ‘fakes’ and capable of manipulating people’s moods.”

The speech which had drawn wide condemnation from world leaders and human rights groups, is seen as attempts to “undermine the narrative that the demonstrations were a product of popular unrest that turned increasingly destructive and deadly,” one of the leaders of the protests said while speaking with journalists.