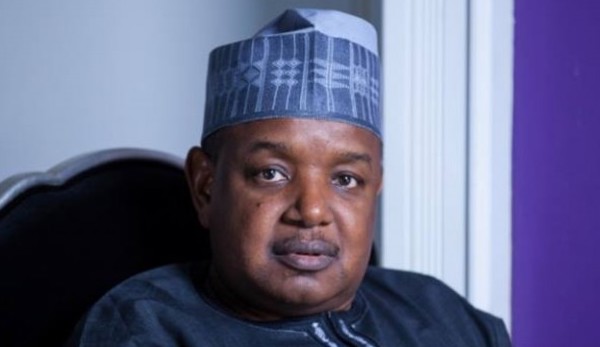 The governor of Kebbi State, Atiku Bagudu, has vowed to lead the rescue operation of students and teachers abducted on Thursday from Federal Government College (FGC), Birnin Yauri, in Ngaski Local Government Area of the state.

Bagudu made the promise when members of the State Hunters Association visited him at the Government House in Birnin Kebbi, the state capital.

While addressing the hunters, Bagudu said he will join them and lead the rescue operation once he gets the all clear from security agencies.

“We will go out there and like I promised, the day we will move out, I will not be in the office because we will join you in the field.

“It is not weapons that win wars, but it is the will that bad people cannot triumph and we will show that, we have enough will power.

“President Muhammadu Buhari and the security agencies have been doing the best they could with limited resources.

“But, we also need to mobilize, kit ourselves and take on these bandits. Our various scriptures as Muslims and Christians allow us to put our lives at risk in defence of our honour, property and our faiths.

“In what the bandits are doing, they have challenged all of us, so, we can’t let them.

“What happened in Birnin Yauri should be the last straw. We should follow these bandits wherever they are and take them on.

“We know as leaders of local hunters, you will fight them in the bush and defeat them.

“Whatever you can do to make it the last one in Kebbi, please put up the effort,” he charged the hunters.

Bagudu asked the hunters to go back and fully mobilise, pending when he gets the necessary clearance from the security agencies, adding, “we will meet in the field.”

Leader of the hunters in Gwandu Emirate, Hassan Muhammad, the Sarkin Dajin Gwandu, in his response, told the governor that they were in the Government House to show their solidarity with the rescue effort as well as join the security agents in fighting the bandits.

According to him, they have no fear whatsoever in facing the bandits to save the school children but added that they needed support from the government.

“We have no fear to go to any bush, we have our magical skills but will not disclose them here until we are in the bush.

“Our local hunters would join the operation as they are also ready to sacrifice their lives for the mission to succeed.”