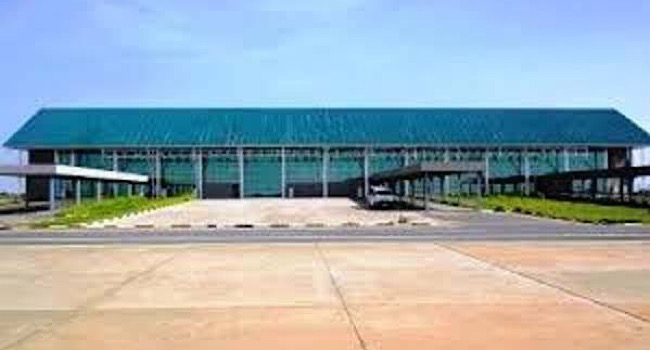 The Kebbi State government on Thursday, clarified reports over its airport, saying that it has no plan to sell the Sir Ahmadu Bello International Airport, Kebbi State.

This clarification was made by the State’s Commissioner for Works, Alhaji Abubakar Chika Ladan while briefing journalists in Birnin Kebbi, the state’s capital on Thursday.

According to Ladan, there was no iota of truth in a rumour going round the state that the State Government was planning to sell the Sir Ahmadu Bello International Airport, Kebbi State, to a private individual.

“All the Airports, in the country, Aviation sector, are in the exclusive list of the Federal Government and there was no way any state government could converted them to their own,” he said.

Ladan explained that, after the completion of the Airports by the States government, the federal government has taken over ten of such airports in the country which include that of Ekiti,Gombe, Anambra,Nassarawa,Kebbi states among others.

Ladan said: “the second issue is the issue of this Airport, because there is insinuation in the town that the state government had sold Sir Ahmadu Bello International airport. I don’t know how the story came about that the airport had been sold, to whom? I want to use this occasion to tell you the true story of the airport.

“It is not the issue of sales, federal government took over the airport of Kebbi State and we demanded that the amount we used in the construction of the airport be refunded to the state, which was approved by the Mr. President sometime in March,2020.

“The letter sent stated that the president had approved the refund of N16 billion to the kebbi state government, as the amount been expended on the Sir Ahmadu Bello international Airport. The process of the refunding is still on and as soon as the budget is implemented, the state government would be refunded.”