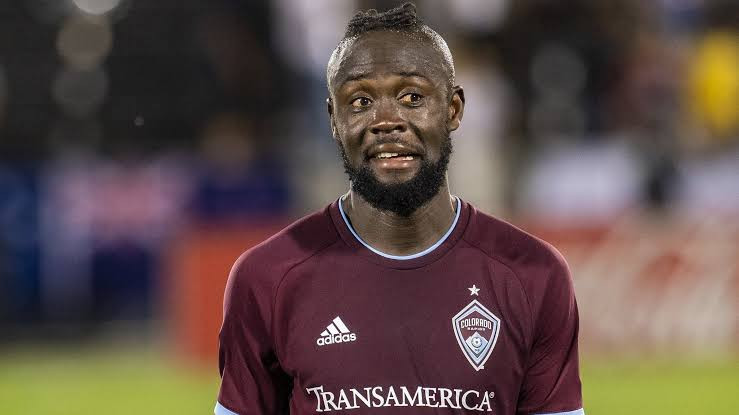 The Sierra Leone Football Association (SLFA) has apologized to the Nigeria Football Federation (NFF) over comments made by Kei Kamara about a hotel in Benin in a social media post on Thursday.

The SLFA has also apologized to the management and staff of the hotel, Lushville Hotel and Suites in Benin City, where the Sierra Leone contingent were camped ahead of the Africa Cup of Nations (AFCON) qualifier of Friday.

Kamara, a striker of the team, posted a video complaining of the bed and pillows in his room, which, according to him, were not allowing his to sleep.

In the video, Kamara said “my head cannot sink in this thing (referring to the pillow).. So my neck hurts. My body can’t get comfortable because this (talking about the mattress) is a box spring not a mattress.”

Kei Kamara is really taking the poor state of the mattress and pillows in the hotel the Sierra Leone team are lodged at, in Benin, Nigeria, in good faith. I am howling at his mannerisms. pic.twitter.com/HGgDJzV241

Kamara, a Major League Soccer stiker with Minnesota United, has since deleted the post, but the SLFA has told the public that it would commence an investigation into the matter. 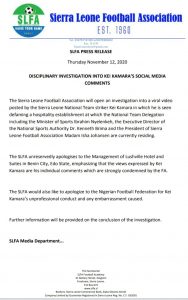 Meanwhile, the Super Eagles of Nigeria squandered a four-goal lead to draw 4-4 with the Leone Stars in the game at the Samuel Ogbemudia Stadium on Friday.

Both teams will meet again next Tuesday in the matchday four fixture in Freetown, as the race for Cameroon 2022 continues.