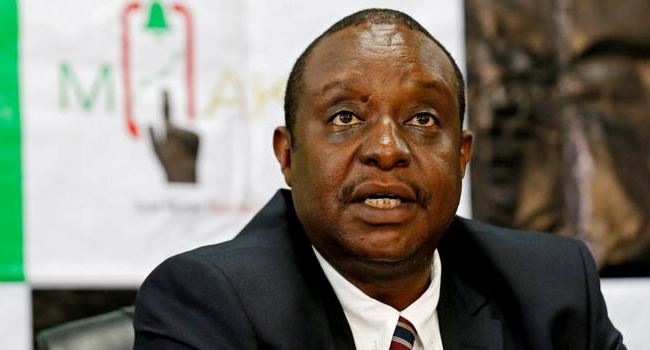 The long arm of the law has caught up with Kenya’s Finance Minister, Henry Rotich, and 27 other treasury officials following their arrest over fraud and corruption charges.

Reports say the charges against the minister and the other top officials related to a multi-million dollar project to build two massive dams.

The accused persons reportedly handed themselves in to the police on Monday, hours after the country’s chief prosecutor ordered the arrest and prosecution of Rotich and the other top officials.

Police chief George Kinoti confirmed that the accused persons are in their custody awaiting to be taken to court.

“We are looking for [the] others and they will all go to court,” Kinoti said.

Embattled Rotich who has denied any wrongdoing in a newspaper advertisement last March is the first sitting Kenyan minister to be arrested on corruption charges, in a country where graft is widespread.

OLAKUNRI: ‘Nobody is safe in this country,’ Anglican Bishop decries insecurity under Buhari