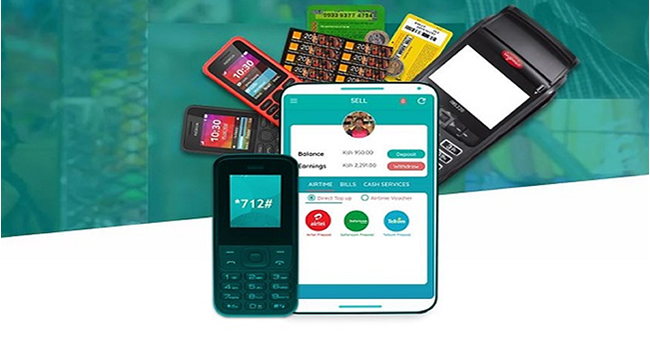 The funding is expected to fund the startup as it looks to expand its operations across Kenya.

In addition, however, Tanda has secured strategic partnerships with Mastercard and Interswitch, both of which will assist in the fintech’s growth.

Speaking on the development, Rob Heath, Partner at HAVAÍC explains why the VC decided to invest in Tanda.

“Tanda is solving one part of the very deep and complex problem of financial inclusion that is not only Kenyan but a problem across all emerging and undeveloped markets.

“HAVAÍC believes that the wider Tanda team has the right mix of skills, technical expertise, geographic market knowledge, and real-world experience to understand the challenges facing those left behind in the financial ecosystem.”

Tech Trivia: Who is considered as America’s greatest inventor?

Egyptian digital payments provider Paymob has on Monday, April 12, closed a Series A funding round at US$18.5 million.

The startup stated that the new raiser is expected to serve the startup in areas of expansion as it looks to enhance its product and scale regionally.

Media reports revealed that the startup’s mobile wallet infrastructure processes more than 85 per cent of the market share of the transaction’s throughput in the Egyptian market.

Today, the startup also serves merchants in five other markets, including Kenya, Pakistan and Palestine.

Paymob will use proceeds to continue expanding its merchant network, meet increasing demand, enhance its suite of products further, and fuel its regional expansion efforts.

Today, Rwandan electric motorcycle company Ampersand has raised a US$3.5 million investment from the Ecosystem Integrity Fund (EIF) in order to scale its operations.

Headquartered in Kigali, Ampersand assembles and finances electric motorcycles that are cheaper, cleaner and better performing than the five million petrol motorcycle taxis in use across East Africa.

According to media reports, its vehicles produce at least 75 per cent less carbon than petrol motorcycles and zero tailpipe emissions.

Industry experts speaking on its integrated service and model noted that Ampersand thrives on a network of battery swap stations.

Since its commercial launch in May 2019, Ampersand’s fleet of 35 drivers and e-motos have  covered over 1.3 million kilometres, and over 7,000 drivers are on its waiting list.

The US$3.5 million investment from EIF will allow Ampersand to rapidly scale its electric motorcycle and swap station network in Rwanda, putting hundreds more e-motos on the road and  dozens more battery swapping stations.

Thomas Alva Edison was an American inventor and businessman who has been described as America’s greatest inventor. He developed many devices in fields such as electric power generation, mass communication, sound recording, and motion pictures.

These inventions, which include the phonograph, the motion picture camera, and early versions of the electric light bulb, have had a widespread impact on the modern industrialized world.

Nigeria imports N30bn worth of fish in three months