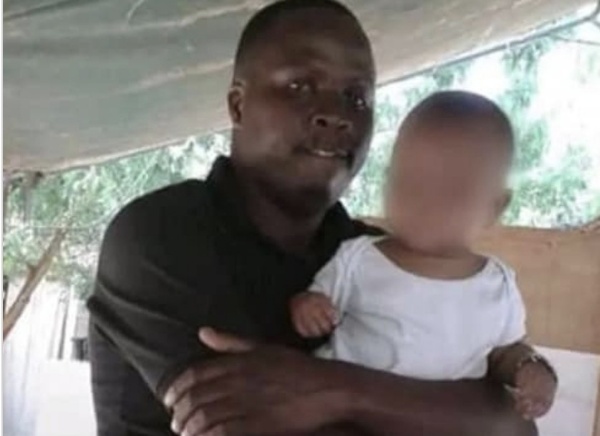 A 23-year-old Kenyan man identified as Mark Njuguna has been arrested for allegedly killing his four-month-old son in Gatanga Murang’a.

In a video making the rounds on social media, the young man was seen assaulting a woman, Mary Muthoni, who was said to be his wife over a paternity dispute. The man used a belt to whip the woman severally while their baby was on the floor.

Njuguna later grabbed the baby who he claims was not his biological son, and tossed him over the sofa.

Ripples Nigeria gathered that the four-months-old baby died on the spot after landing on the concrete floor.

The incident was reported to the police by the suspect’s father in the early hours of Tuesday, January 25.

According to Njuguna’s father Samuel Kigumo, he was woken up by the baby’s mother at around 2:45 am after the incident happened.

Kiguro said Muthoni managed to escape from the house after her husband threatened to kill her if she raised an alarm to alert neighbors.

The two are believed to have picked a quarrel after the man questioned whether he was the biological father of the boy.