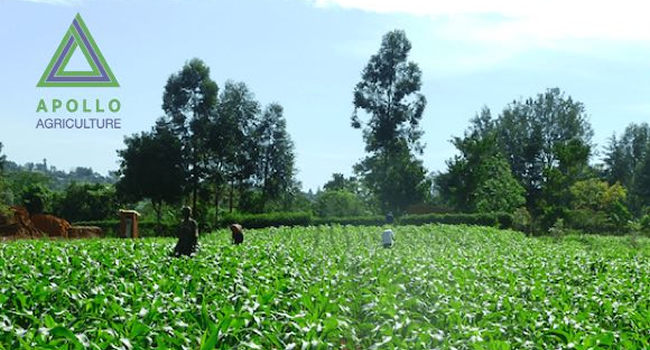 The startup uses machine learning and automated operations technology to help small-scale farmers access the resources they need to maximise their profitability.

According to local media, the startup is based in Nairobi, helping farmers access things like financing, insurance, farming products and optimised advice.

Last year, the startup raised a US$6 million Series A funding round while working on tripling the size of its customer base.

Apollo is expected to use the cash scale its solution to reach more smallholder farmers who are unable to access microfinance and commercial bank lending.

Eli Pollak, the startup’s chief executive officer (CEO), who spoke on the development, noted that its tech-driven initiative aims at helping farmers globally.

He said: “This funding will support our strong continued growth, enabling us to help more small-scale farmers access high-quality farming inputs, advice and insurance on credit, significantly increasing their yields and income.

“Apollo’s automated, tech-driven approach is designed to help millions of farmers make the transition from subsistence to commercial farmer sustainably. We are excited to have ABC Fund as a strong partner as we continue to scale.”

Tech Trivia: Which of these materials is the best conductor of heat?

HyperionDev, a Cape Town-headquartered ed-tech startup, has raised ZAR50 million (US$3.5 million) in Series A funding.

The new raiser is expected to help the startup expand its offering to thousands of students globally.

HyperionDev was founded in 2012 as an online course platform for computer science education.

The startup allows anyone to take online courses in coding with a personal computer or mobile phone.

Before now, the startup has been backed by the likes of Facebook and Google.

According to Riaz Moola, founder and chief executive officer (CEO), the new raiser will see the company through a growth phase and directly benefit its students.

He said: “This incredible milestone will directly benefit thousands of students across the globe who are looking for an accessible and affordable way to learn job-ready, practical developer skills in months rather than years. In the past 12 weeks, we’ve welcomed over 1,500 new stakeholders.”

Being its fourth fund, Canadian early stage venture firm Golden Ventures has raised a $100 million pool of capital that it will use to invest in between 20 to 25 companies.

This comes as the startup celebrates its 10th anniversary which coincides with a period when the Canadian startup ecosystem looks healthier than ever.

According to the company, the new funding also comes with another $20 million ‘Opportunities Fund’ that it will use to make follow-on investments in standout performers among its portfolio.

Golden Ventures Founder and Managing Partner Matt Golden, and General Partner Ameet Shah noted that there is a recent surge in institutional LPs.

“Whereas before, the Canadian ecosystem was largely funded by Canadian institutions, so I think that’s really positive, because you have to sort of be judged on the on the world stage. And we’re starting to meet that bar as both an ecosystem and as a fund.”

Aluminum and copper have the highest thermal conductivity among common metals (205W/mK and 401W/mK versus say 50W/mK for steel) and are easily the most frequently used materials in the making of computer heatsinks. Although copper is superior at conducting heat, aluminum performs respectably while being cheaper, lighter and easier for manufacturers to work with.

There are better heat conductors but they aren’t practical materials for producing computer heatsinks: silver exceeds copper’s thermal conductivity at 429W/mK (hence Arctic Silver thermal paste), diamond brings that into the thousands at 2300W/mK (and likewise hence IC Diamond thermal paste), while early measurements of graphene puts it at 5300W/mK.

Lagos displaces Nairobi as Africa’s top startup city. 2 other things and a trivia