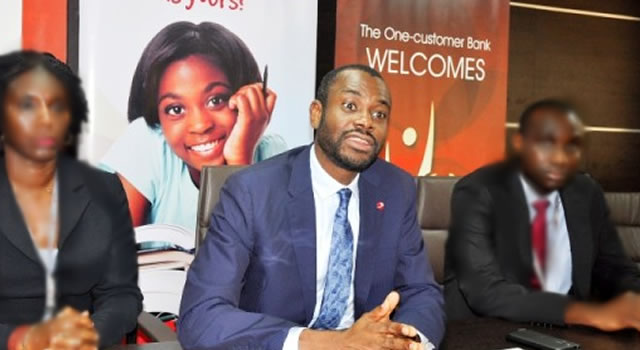 The allegation was contained in an open letter Festus Keyamo Chambers wrote to the bank’s head office in Marina, Lagos, a copy of which was made available to Ripples Nigeria.

The letter dated February 20, and directed to the Managing Director of Sterling Bank, was signed on behalf of the law firm by B.I. Dakum, counsel; and John Ainetor, assistant head of chambers.

In the letter, Festus Keyamo Chambers demanded that the bank should credit its client, Ohha Microfinance Bank Ltd current account number 0023325543 with the sum of N219 million.

The letter read, “We are solicitors to Ohha Microfinance Bank Ltd on whose firm instructions we write you.

“That they have operated the said accounts with you for some years and deposited the sum of N219,000,000.00 (Two Hundred and Nineteen Thousand Naira) in the said deposit accounts through your Branch Manager, Market Road Branch, Enugu State, Mr. Oliver Anidiobi who also doubles as its Account Manager.

“While operating the said Accounts, our client exchanged several correspondences with you wherein you confirmed the existence of the said Accounts and also informed them that their investment would be rolled over at the Bank’s prevailing money market rate.

“Our client was surprised when it instructed you to terminate the Fixed Deposit and Credit its Current Account on maturity with the principal and accrued interest but you remained adamant. Consequent upon your failure to carry out its instruction, it briefed the law firm of O. A. Omotayo & Associates who made the same demands to you but you responded reluctantly wherein you admitted the existence of the said accounts but denied the existence of any fixed deposit investment by our client. You further claimed that the Deposit Certificate presented to our client were forged and tried to defend Mr. Oliver Anidiobi whom you also admitted to have handed over to the law enforcement agents in connection with allegations of forgery.

“Having admitted that your staff Mr. Oliver Anidiobi is liable for forgery which same offence has been committed while he was in your employment, we make bold to say you are vicariously liable for whatever Mr. Oliver Anidiobi would have done in the normal cause of his business as your Branch Manager. It is no doubt, you employed the said Manager and presented him as a worthy staff for unsuspecting customers to deal with him which our client did in good faith. It is safe to infer that you have defrauded our clients of the sum of N219,000,000.00 (Two Hundred and Nineteen Million Naira).

“Consequently, we have our client’s instructions to demand that you credit its Current Account with you: 0023325543 with the sum of N219,000,000.00 (Two Hundred and Nineteen Million Naira) within SEVEN (7) DAYS from the date of service of this notice on you, failure to yield to our demands shall leave us with no option than to set all the machineries of law in motion to ensure our client’s investments with accrued interest in the above mentioned accounts are duly recovered.”