KEYAMO TO OBJ, DANJUMA: With these crowds, why would Buhari even think of rigging? | Ripples Nigeria 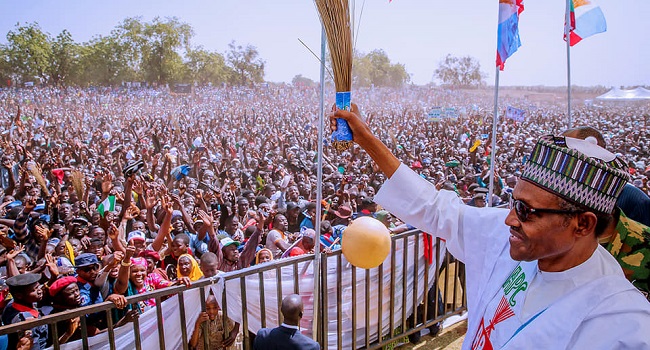 Festus Keyamo (SAN), spokesperson of the All Progressives Congress (APC) presidential campaign council, says President Muhammadu Buhari cannot even contemplate rigging the 2019 elections given the massive crowds of supporters that greet his campaigns.

Keyamo was reacting to allegations that Buhari has perfected plans to rig the elections.

Former President Olusegun Obasanjo had, in his 16-page letter, raised abouts about the credibility of the 2019 elections, accusing the president of desperation.

Theophilus Danjuma, former minister of defence, had also alleged that the Buhari government has plans to rig the polls.

But Keyamo said those making such allegations should prepare to hide their faces in shame.

“When they see these sea of heads, they prepare to hide their faces in shame by alleging rigging plans,” Keyamo tweeted on Wednesday.

“Pray, with this kind of support nationwide, why would PMB ever contemplate rigging?”

The president has been received by mammoth crowds since he kicked off his re-election campaign.