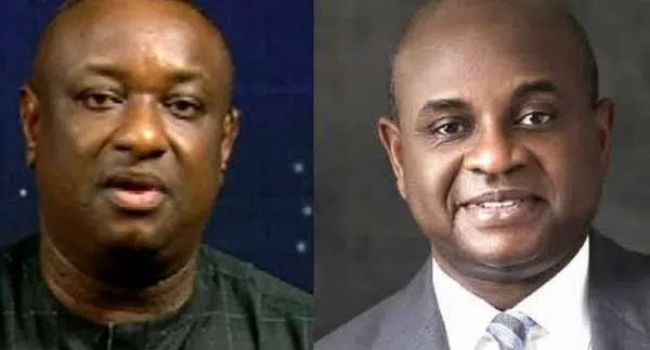 Minister of State for Labour and Employment, Festus Keyamo, has begged former Deputy Governor of the Central Bank of Nigeria (CBN), Kingsley Moghalu, to join the ruling All Progressives Congress (APC) following his resignation from the African Democratic Party (ADC) after failing to clinch the party’s 2023 presidential ticket.

Moghalu had, on Monday, announced his resignation from the ADC citing infractions during the party’s presidential primary election which was won by founder of Roots TV, Dumebi Kachikwu, as his reasons for resigning.

The former presidential candidate of Young Progressive Party (YPP) in the 2019 election, had also accused the leadership of the ADC of promoting corruption during the presidential primary which was held on June 8 in Abeokuta, the Ogun State capital.

Capitalising on the resignation of Moghalu in a tweet on his official handle on Monday, the junior minister said Moghalu would be better off in the APC as the “so-called third force may be worse off than the popular political parties if allowed to rule.”

“My own dear brother, @MoghaluKingsley, you’ve just seen that the so-called Third Force are just some untested Nigerians who may just be worse off,” he wrote.

“They’re not from the moon; they’re NIGERIANS. It’s all sound & fury & nothing more. Welcome to the REAL WORLD. Please, join us in APC,” Keyamo wrote in another tweet.

My own dear brother, @MoghaluKingsley, you’ve just seen that the so-called Third Force are just some untested Nigerians who may just be worse off. They’re not from the moon; they’re NIGERIANS. It’s all sound & fury & nothing more. Welcome to the REAL WORLD. Please, join us in APC https://t.co/TQT49kxLh6

Related Topics:APCKeyamoMoghaluthird force
Up Next