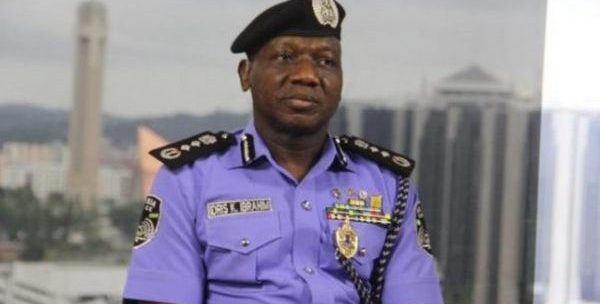 A human rights lawyer, Festus Keyamo (SAN), has called on the Police to apologise to members of the Bring Back Our Girls (BBOG) movement.

He is also demanding that the Inspector General of Police (IGP), Ibrahim Idris, be sacked for the “unpardonable and inexplicable” Tuesday arrest of some members of BBOG.

One of the coordinators of the group and former Minister of Education, Oby Ezekwesili, along with other members were on Tuesday arrested in Abuja during their protest for the release of the remaining Chibok girls abducted by Boko Haram terrorists in Borno State on April 14, 2014.

Reacting to the arrest, Keyamo, in a statement he entitled “The insensitive and insensate arrest of BBOG members”, lambasted the IGP for allowing police infractions of the fundamental rights of citizens of the country.

The statement read, “I just read with shock, bewilderment and disillusionment the arrest by the Nigerian Police of members of Bring Back Our Girls movement who gathered for a peaceful protest at the Unity Fountain in Abuja…

“This arrest is one too many, especially coming on the heels of the recent illegal arrest and detention of some on-line journalists by the same Police, acting at the behest of the Inspector-General of Police, Mr. Ibrahim Idris.

“I am still struggling to come to terms with the explanation given by the Police for the arrest, which is the absence of a permit by the members of the group. This moronic excuse is not only inexcusable, it is laughable as Section 40 of the 1999 Constitution of the Federal Republic of Nigeria (as amended) guarantees the right to peaceful assembly and association. The Court of Appeal, Abuja Division, has also re-iterated that a police permit is not required for such a gathering in the case of IGP V. ANPP & ORS (2007) 18 NWLR (PT. 1066) PG. 457.

“Though, I understand that the members of the group have been released from the Police station to which they were taken, it does not detract from the fact that detention of a citizen, no matter how brief, so long as it is unjustified, is a violent violation of human rights. The law is very clear on this as stated by the Court of Appeal in the case of Duruaku V. Nwoke (2015) 15 NWLR (PT. 1483) PG. 417, particularly at 471 Par F-G.

“I therefore call on the Nigerian Police to immediately apologise to the members of the group for this unwarranted, unjustified and provocative trespass on their persons and deprivation of their freedoms. I also re-iterate my call for the removal of the Inspector-General of Police from office for these unpardonable and inexplicable infractions of the fundamental rights of citizens of our country.”