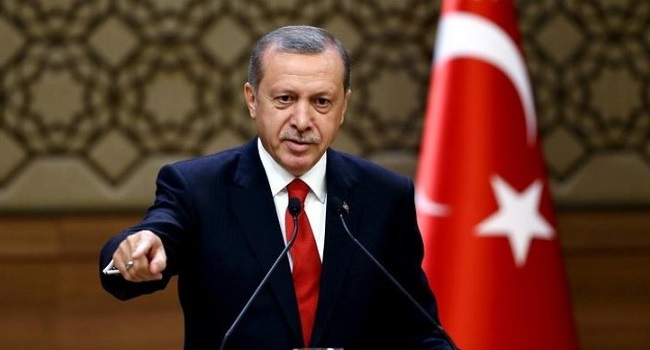 Fiery Turkish President Recep Tayyip Erdogan has revealed that those behind the murder of Washington Post journalist Jamal Khashoggi are well known.

Erdogan who was speaking at the Organisation of Islamic Cooperation’s (OIC) judicial conference in Istanbul, added that audio recordings of the murder show that aides close to Saudi Crown Prince Mohammed bin Salman (MBS) were involved in the killing.

He also informed that Saudi Arabia prosecutors has provided Turkey with no new information on the columnist’s murder.

“He left Istanbul with five bags of nuts. The issues he cares about are different to what we care about,” Erdogan said.

The comments of the Turkish leader comes as US President Donald Trump was handed a rare double rebuke over the festering war in Yemen and the brutal murder of Khashoggi.

According to reports, the US Senate has voted to end U.S. military support for the war in Yemen and also blamed Saudi Crown Prince for the murder of Khashoggi.

In a historic move, Senators voted 56-41 to end U.S. military support for the Saudi-led coalition in Yemen’s civil war and immediately after the votes, the Senate also backed a resolution blaming Saudi Crown Prince for Khashoggi’s murder and insisting that Saudi Arabia should hold accountable anyone responsible for his death.