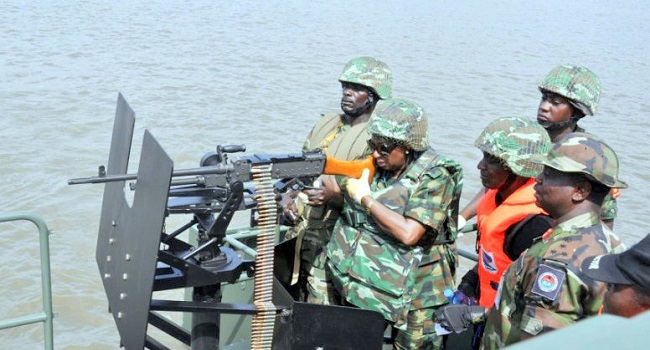 The personnel of the Nigerian Navy and the maritime component of the Joint Task Force in Niger Delta codenamed “Operation Delta Safe” on Wednesday rescued the four Nigerian Immigration Service (NIS) officers abducted by gunmen in Onne, Rivers State, on Tuesday.

The immigration officers were rescued on Wednesday morning during what was described as a surprise raid by the security agents on the criminals’ hideout.

The NIS officers were abducted on Bonny- Port Harcourt River in the early hours of Tuesday.

The victims, according to eyewitnesses, were travelling to Port Harcourt in a speed boat when the bandits struck and ferried them to an unknown destination.

They had reportedly chartered a speed boat to take them to Port Harcourt and on their way the kidnappers attacked them around the Onne River.