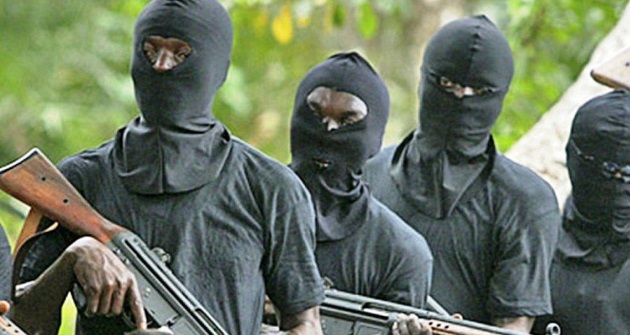 Despite the ongoing efforts by Nigerian security men to curtail the activities of banditry in Northwest part of the country, a new wave of kidnappers’ group have invaded the Kogi/Nassarawa border.

The kidnappers who besieged communities in Kogi and Nassarawa states have abducted no fewer than 13 residents with others killed.

According to reports in the last four days, the group had tormented the residents of Kotonkarfe in Kogi state and Toto local government area of Nasarawa state, terrorizing, kidnapping and killing innocent people.

It was gathered that the ordeal of the villagers started Monday when several residents living around Toto local government secretariat in Nasarawa state were kidnapped. During the incident, one Muhammed Shuaibu, a supermarket salesman was shot dead while his pregnant wife was abducted.

Auwalu Musa, who narrowly escaped kidnapping on Wednesday morning, narrated that three of his friends were abducted on their way to Gate forest in Toto LGA to cut down bamboo trees while two escaped.

He further revealed that “In some cases, the marauders invaded houses during night hours and kidnapped husbands and wives”.

It was reported that another incident occurred on Thursday night at Toto town, the headquarters of Toto local government, when the kidnappers attacked the village, shooting sporadically and causing pandemonium. Two of the residents, Ibrahim Gani and his wife were kidnapped.

Findings revealed that heads of the communities have been putting heads together to combat the situation.

Meanwhile, a resident of Toto village, Abdul Ojonugwa, said the terror gang is based at Kpokpolobi village in Kogi local government area of Kogi state, where they occupy a tunnel created by gully erosion that stretched many kilometres along the border between Kogi and Nasarawa states.

It was revealed that the kidnappers have four groups operating inside the forests between Kogi and Nasarawa states.

Meanwhile, among the residents that were kidnapped in the incident a few days ago are; are Alhaji Sani Ibrahim popularly called Sarki, a Toto based commodity trader and his wife. The sum of N6 million ransom is being demanded by the kidnappers. Another family is Bashir Ogbadu and his younger brother Nasiru Ogbadu whose casual labourers were kidnapped while working. The kidnappers also demanded one million naira from each of them.

In Yelwa village of Toto local government area, the country home of the Nasarawa state Chairman of All Progressives Congress (APC), Honorable Philip Tatari Shekwo, who narrowly escaped kidnap,  said five of his kinsmen were not lucky as they were hounded away by the kidnappers.

When contacted for confirmation, the Divisional Police Officer (DPO) in charge of Toto Division referred the reporter to the state PPRO as he was not authorized to speak to the press.

Prince Dauda explained that heads have been put together by his people to ensure that the menace is curtailed on time. He also said the security operatives are already working with them to bring the kidnappers to book.

He, however, advised the people to be vigilant and report any suspicious persons and movements to security agents or vigilante group.

The Council Chairman said that after due consultation with security agencies and critical stakeholders, a curfew has been imposed from 9pm to 5am throughout the local government area until the situation is brought under control.