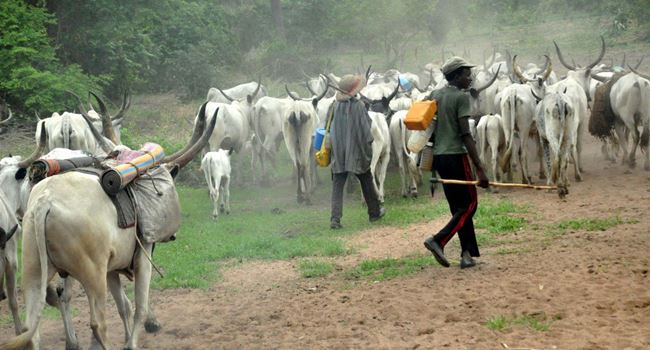 The Miyetti Allah Cattle Breaders Association of Nigeria (MACBAN) has denied claims that Fulani herdsmen are behind criminal activities especially in the northern part of the country.

MACBAN Chairman in Nasarawa State, Alhaji Mohammed Hussaini, who issued a statement on Sunday said that most of the kidnappers and rapists hail from Zamfara, Niger, Kaduna, Bauchi and Katsina States.

Hussaini further accused visitors from the far North and their children of causing problem in the state.

“‘Most of the kidnappers in the state were from Zamfara, Niger, Kaduna, Bauchi and Kasina states among others who have caused security problems in their respective states”, Hussain said at a meeting of MACBAN in Lafia, Nasarawa State capital.

He however, regretted that their members were also siding criminal activities, but said that the action of some of their members was portraying the entire Fulani in bad light.

He said; “Majority of the kidnapped victims are Fulani people because our people are living in the bush and are vulnerable to the activities of criminals”.

According to him, Nasarawa State belongs to them, hence the need for all leaders of the social cultural group to restrategise and expose bad elements among them for prosecution.

“How can we allow few strangers from other states to tarnish our image? Look at what happened in Udege – Loko Road where these strangers, our children together with some indegenious tribe of the area, whisk away 30 people to an unknown destination?”.

“Let’s us restrategize, if your son, brother or anyone you know is among these bad eggs, bring them out or the law will take its course on you the leaders,” Hussaini added.

HUSHPUPPI: I won’t glorify APC, a caretaker party, with a response —Dino Melaye