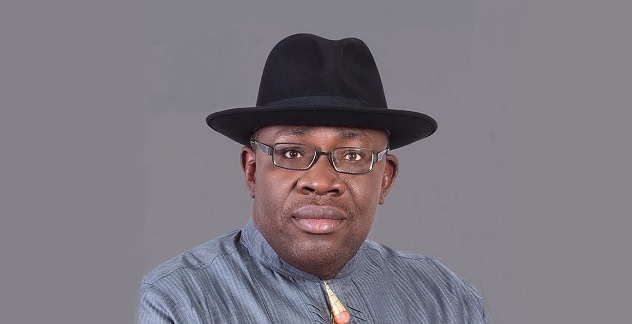 Bayelsa State governor, Seriake Dickson has said herdsmen who have been killing innocent Nigerians all over the country are known.

The governor, who accused the Federal Government of turning a blind eye on the activities of the herdsmen only to invade the home of an innocent 92 year old man, made the claim while speaking with reporters after he paid a visit to Ijaw leader, Chief Edwin Clark over the police invasion of his Abuja home by officers of the Nigeria Police Force.

It would be recalled that the police had raided the Abuja home of Chief Clark, a former Commissioner of Information on the claim that they were looking for arms stockpiled in the house.

They however did not find anything incriminating in the house.

The Inspector General of Police, Ibrahim Idris however exonerated the police leadership from the raid, saying it was not authorized.

Three of the police officers involved in the raid has been sacked and the informant charged to court for providing false information to the police.

Dickson, who was accompanied on the visit by Senator Ben Bruce, former Water Resources Minister, Muktar Shagari, a former Senate chief whip, Senator Stella Omu and a former permanent secretary, Alabo Graham Douglas among others, said: “The killers are known, killer herdsmen who are involved in the killings are known but they are protected and why are you now harassing a 92-year-old man?”

While speaking during the visit on Tuesday, the governor alleged that the police raid of the Abuja residence of Niger Delta leader for arms was an attempt to intimidate the Ijaw nation.

He, however, stressed that nobody could intimidate the Ijaw ethnic group, adding that the Ijaw voice would continue to speak out against injustice and inequality in the country.

“I thought I and my friends should be here to … with you and to again publicly restate our condemnation of the intimidation of a 92-year old leader of our people, one of the foremost leaders of Nigeria.

“We know that no weapon fashioned against our leader, our people will stand. If this was targeted to intimidate our people, it has failed. The spirit of the Ijaw nation cannot be intimidated, the Ijaw spirit is indomitable. That is what you have shown, you have taught”, Dickson said.