A recent report published by Budgit, a social advocacy platform primarily engaged in simplifying the budget and matters of public spending for citizens, has blown the lid on how some State governments in Nigeria may be slowing killing their citizens through systematic denial of pension benefits.

Titled, ‘State of States Salaries Survey,’ the publication details, amongst others, the number of months each State in the country is owing its pensioners. Of the 36 States that make up the Nigerian federation, 10 States are observed to have notoriously owed their retirees 203 months in outstanding pension arrears by mid May, 2017.

Particularly appalling is another report which also reveals that the listed States may not have diligently applied the refunds made by the Federal Government from Paris Club debts. The 10 States under review are said to have received the sum of N153.42 billion with an understanding that 50% of the said income would be deployed for salaries and other liabilities.

The administration of pensions in Nigeria remains a huge window for public officials to corruptly enrich themselves. In April 2012, the Economic and Financial Crimes Commission (EFCC) claimed that it uncovered N5billion fraud in the Pensions Unit of the Office of the Head of Service of the Federation (HoS).

Another high profile case handled by the anti-graft agency was that of Abdulrasheed Maina, former Chairman of the Pension Reform Task Team, who was declared wanted for his alleged role in the fraudulent biometric contracts through which himself and former Head of Service, Steve Oronsaye, allegedly embezzled over N2bn of pension funds.

In 2016, the Federal Ministry of Finance confirmed the suspension of the Director General of the Pension Transitional Arrangement Directorate (PTAD), Nellie Mayshak. It alleged at the time that she had been indicted in a damning audit report which claimed that she and others could not account for pension funds totaling about N2bn.

The abuse of office has left many retired civil servants dead and frustrated with a 2016 survey estimating the number of pension-related deaths at over 1300. 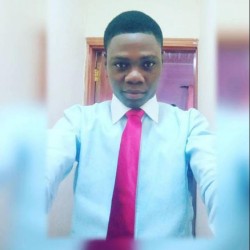 Dare
I champion all digital marketing activities at Ripples Nigeria.
I love making new professional acquaintances.
Be my guest : adekoya.dare@ripples.com.ng

Latest posts by Dare (see all)

I champion all digital marketing activities at Ripples Nigeria.
I love making new professional acquaintances.
Be my guest : adekoya.dare@ripples.com.ng