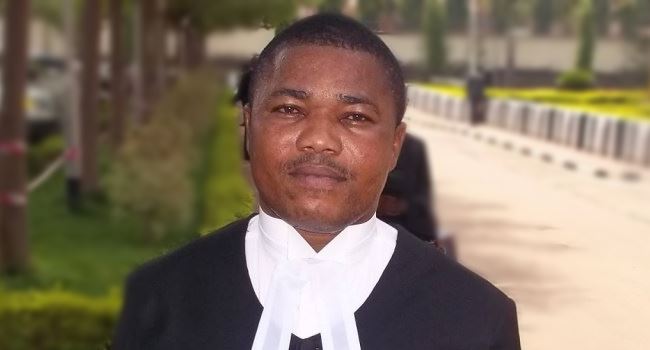 Mr Ifeanyi Ejiofor, counsel to the leader of the Indigenous Peoples of Biafra (IPOB), Nnamdi Kanu, has been declared wanted by the police.

He was declared wanted on Tuesday by the Commissioner of Police Anambra State, CP John Abang.

Abang, who announced this in Awka, said the development was in response to the killing of two police officers by members of the IPOB in Oraifite, Ekwusigo Local Government Area of Anambra State on Monday.

While declaring Ejiofor wanted on Tuesday, Abang said, “We implore law-abiding Nigerians from North, South East or West who have information about this man to report to the nearest police station.

“He is a member of the proscribed IPOB, and he is wanted in connection with the killing of two policemen. We implore anyone who has information on him to report to us.”

The state Police Public Relations Officer (PPRO), SP Haruna Mohammed, had on Monday announced that members of IPOB in Oraifite killed two police officers when a team of security men went to arrest Ejiofor over a complaint of abduction levelled against him.

According to Haruna, upon the arrival of the police team, IPOB members attacked them, killed two officers and set ablaze a vehicle belonging to the command.

The Nigerian Government had since proscribed IPOB and its activities.