Home » Politics » KILLINGS: Our response cannot be just talk, there has to be action – Atiku 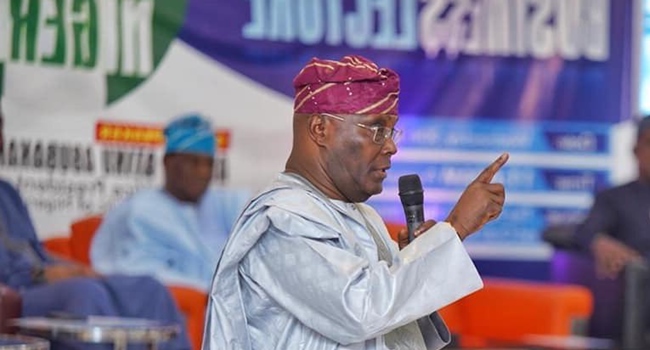 Presidential candidate of the Peoples Democratic Party (PDP) in the last general elections, Atiku Abubakar, has said response by government and Nigerians to the killings of citizens should not continue to be just “talk” without actions to end the menace.

He said there has to be change to the response of killings because if the country keeps doing things the same way they are currently done, it will keep getting the same results.

According to him, there must be a decisive action to protect the lives of all citizens of the country, not just the prominent ones.

Atiku stated this in a post on his Twitter handle this Monday, adding that Nigeria must return to community police system to be able to address its current worsening security situation.

He wrote, “When I was a child, Nigeria had little crime. We did not depend on police from Lagos or Kaduna. We had a community police system. Nigeria must return to community policing, adapted to suit the culture and history of each of the 6 zones, in order to stem the tide of insecurity.

“Our response to the killings of our citizens cannot be just talk, talk, and talk. We must take decisive action to protect the lives of all citizens, not just prominent ones. There has to be change, because if we continue with the way things are, we will get the same results.”

Atiku’s post is coming as reactions have continued to trail the killing of Mrs. Funke Fasoranti Olakunrin, daughter of Afenifere leader, Chief Reuben Fasoranti, supposedly by killer herdsmen at the weekend.