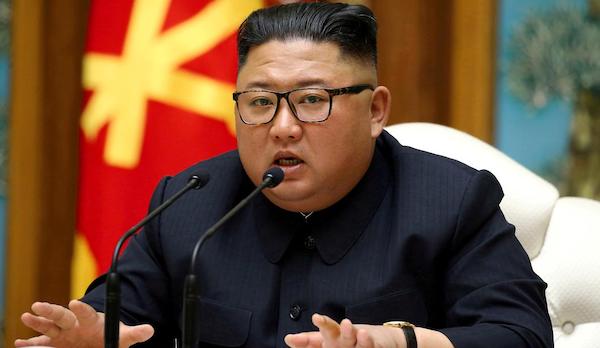 North Korean leader, Kim Jong Un, has made his first public appearance amid global speculations about his health.

The state’s media, KCNA, had reported that the dictator, who was last seen on April 20th was present at a fertilizer plant opening ceremony.

According to reports, he was seen cutting the ribbon at the venue.

The crowd at the factory were reported to have broken into “thunderous cheers of hurray” as soon as he showed up.

However, the state’s media is yet to present pictures from the event.

READ ALSO: COVID-19 likely to last till 2021 until about 70% of humans are infected —Expert

Recall that speculations about his health began on April 15th after the North Korean leader missed the birth anniversary celebrations of the state founder, Kim Il Sung.

Related Topics:Kim Jong
Up Next