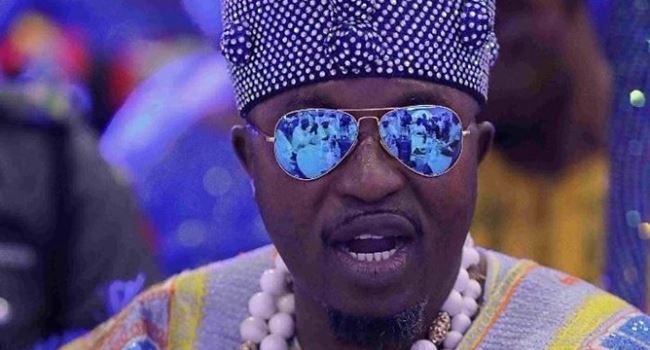 Calls have continued to grow for the removal of the Oluwo of Iwo, Oba Abdulrasheed Akanbi, for allegedly engaging in acts unbecoming of a traditional ruler.

The latest petition has emerged from a group of 12 chiefs under the aegis of the Concerned Kingmakers of Iwoland.

In a letter titled ‘Petition for the removal of Oba Adewale Akanbi (Oluwo of Iwo) from the throne of Iwoland’, dated September 9 which was made available to the media on Wednesday, the 12 chiefs demanded that the Osun State Governor, Adegboyega Oyetola removes Oba Akanbi.

The chiefs accused Oba Akanbi of declaring himself ‘Emperor,’ a title they said was unknown to Iwo history, adding that the Oluwo was also engaging in fights against some notable personalities within and outside his domain.

The petition reads thus in part; “Oba Adewale Akanbi has penchant for fighting notable personalities within and outside Iwoland.

“He insulted the Alaafin of Oyo, Oba Lamidi Adeyemi; Ooni of Ife, Oba Adeyeye Ogunwusi; Orangun of Ila, and other prominent Obas in the state,” the petition added.

However, the claims were immediately rebuffed by the Press Secretary to the Oluwo, Alli Ibrahim, in a statement.

According to Ibrahim, some of those who signed the petition were pressured into doing it by “a detractor.”

He said, “The detractor has gone beyond many times to discredit Oba Akanbi and failed serially. The recent was to divide the kingmakers, but it was dead on arrival.

“The achievements of Oluwo endeared him to Iwo (people) more. You can’t ruin down what your children may benefit (from) in the future,” he added.

Related Topics:kingmakersOluwo of Iwo
Up Next

Malami should not appear before panel probing Magu —CSO