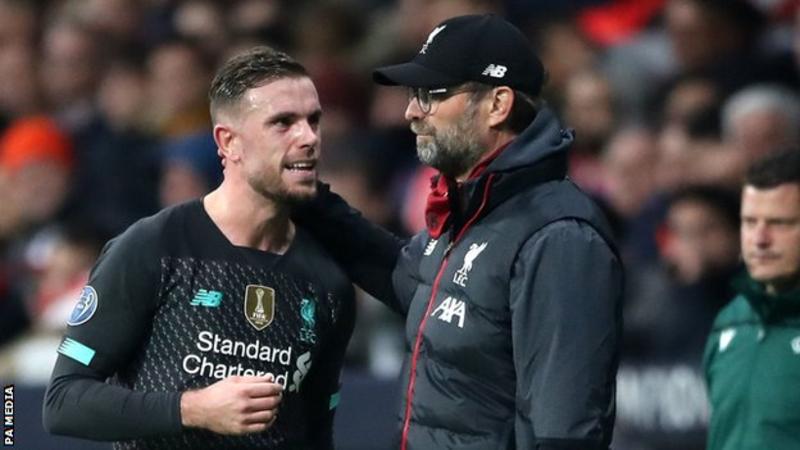 Following their defeat at Atletico Madrid, Liverpool manager Jurgen Klopp has warned the Spanish giants of the intimidating qualities of Anfield.

The English Premier League leaders struggled at the Wanda Metropolitan stadium on Tuesday night as they only had two chances throughout the entire game.

A fourth-minute goal by Saul secured a 1-0 victory for the hosts, who would hope to have a similar or better outing when they face Liverpool in the second leg at Anfield.

Klopp, speaking after the first leg defeat, banked on the home crowd of Liverpool to seal their qualification for the quarterfinals of the Champions League.

“I have no problem with the result. I saw so many happy faces at Atletico, but it’s not over yet,” said Klopp.

“Atletico fans who can get a ticket… ‘welcome to Anfield’

“Emotions are important. Tonight they were obviously completely on the side of Atletico, but I am really looking forward to the second leg.

“We speak from time to time about the power of Anfield and the power a stadium can have and tonight you saw that.”

The Madrid stadium was raucous during the game with fans orchestrated by energetic Atletico manager Diego Simeone.

The second leg is billed to hold on Wednesday, March 11.