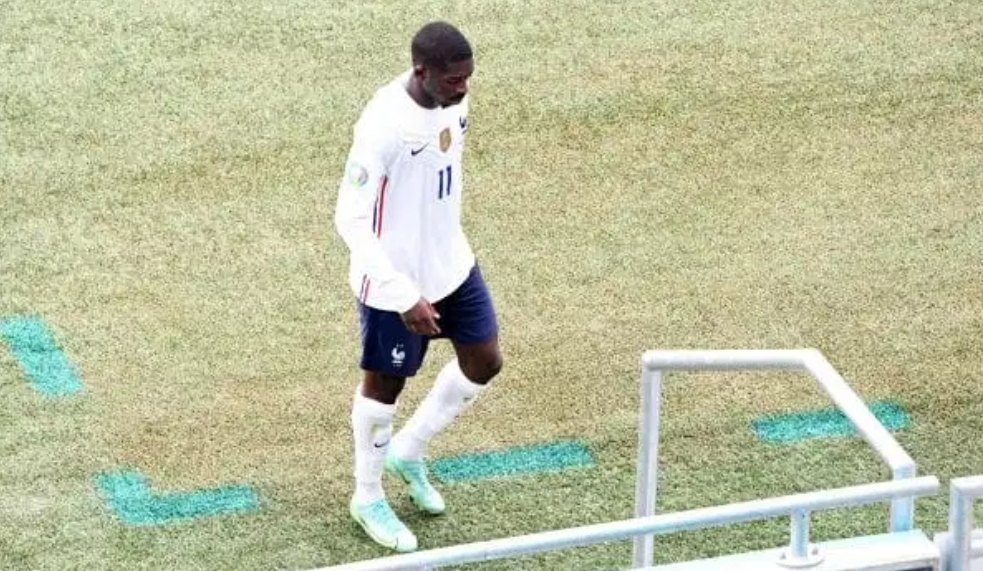 Barcelona forward, Ousmane Dembele will not be playing football in the next three months after getting a knock in the knee.

The 24-year-old, who had had several injury setbacks, is suffering his latest injury that will deny him playing for France at Euro 2020.

According to Catalunya Radio, Ousmane Dembele could be out for “minimum of three months”.

It is believed it could be even longer if his recovery does not go as expected and this may result to Dembele missing some features for Barcelona.

Apparently, Dembele will have more tests on Tuesday which is when a decision on his treatment plan will be made.