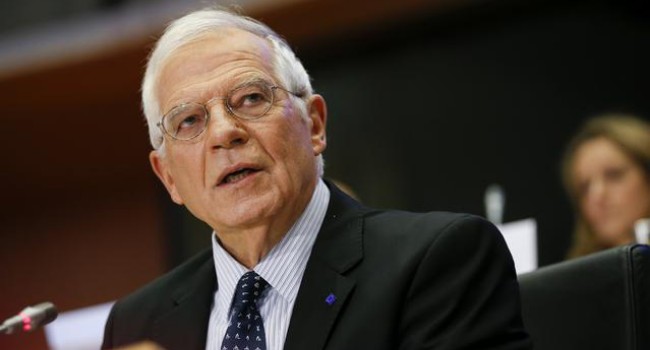 The President of the United States of America, Donald Trump has received heavy knocks over his move to cut funding for the World Health Organization (WHO) over its handling of the COVID-19 pandemic.

Trump had on Wednesday said that he will, at least temporarily, halt funding to WHO over its handling of the coronavirus pandemic claiming that it had “failed in its basic duty and it must be held accountable”.

He also accused the UN agency of promoting China’s “disinformation” about the virus, which he said probably led to a bigger outbreak than would otherwise have happened.

The European Union joined worldwide condemnation of Trump’s decision to halt funding to the WHO, saying it was unjustified during the coronavirus pandemic.

“Deeply regret U.S. decision to suspend funding to WHO… There is no reason justifying this move at a moment when their efforts are needed more than ever,” EU foreign policy Chief Josep Borrell said on Twitter.

Germany has also slammed the US decision to suspend payments to the WHO, as Foreign Minister Heiko Maas warned against “blaming others” for the coronavirus crisis.

US President Trump announced the funding freeze on Tuesday, accusing the WHO of “severely mismanaging” the spread of the virus.

“Blaming others won’t help. The virus knows no borders,” Maas wrote on Twitter.

“One of the best investments is to strengthen the UN, above all the under-financed WHO… in the development and distribution of tests and vaccines.”

The US is the biggest contributor to the WHO, making payments of $400m

The United Nations Secretary-General Antonio Guterres has said now is “not the time” to be cutting funding to the WHO, and the medical community has also criticised the move.

Dr Patrice Harris, president of the American Medical Association called it “a dangerous step in the wrong direction that will not make defeating COVID-19 easier”.

Dr Amesh Adalja, an infectious disease expert and senior scholar at the Johns Hopkins University Center for Health Security, said while reforms might be needed, it is not the time.

“It’s not the middle of a pandemic that you do this type of thing,” he said.