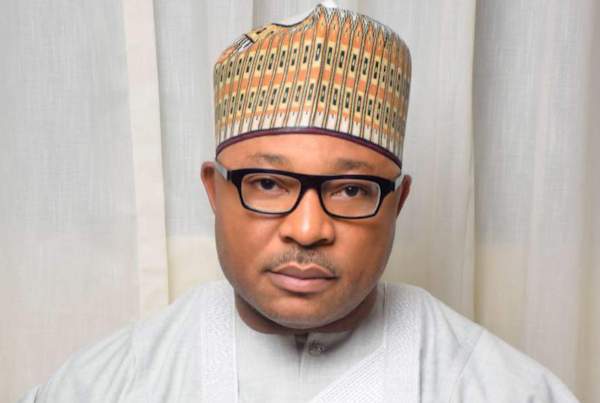 Barring any last-minute changes, a banker Dr. Victor Adoji, is expected to declare his intention to contest the November 16th governorship election in the Kogi State under the Peoples Democratic Party (PDP) platform.

Adoji, who was candidate of the African Democratic Congress (ADC) for the senate seat of Kogi East Constituency, in the just concluded National Assembly elections, has pitched his tent with the PDP in the quest to wrestle power from the ruling All Progressives Congress (APC) in the state.

Sources close to Adoji said he decided, few weeks after losing the senatorial election to partner PDP In efforts to unseat the incumbent, Alhaji Yahaya Bello.

He would now have to battle others including Senator Dino Melaye and Rear Admiral Jibrin, for the party’s ticket.

Meanwhile, the opposition party in the state, is engulfed in fresh crisis over the entry into the gubernatorial race, of the son of former Governor Ibrahim Idris.

Already, it was gathered that some stakeholders are gearing up to protest the entry of Abubakar Idris, whom they claim, his father plans to impose on the party as it’s governorship candidate for the election.

Although the younger Idris declared his intention to run for the office once occupied by his father last year, the stage is being set for a major confrontation, over claims that party leadership in the state is being forced into adopting the ex-governor’s son.

PDP members in the state, still smarting from the row that trailed the nomination process in the 2019 general elections across the state are raising alarm, warning that any attempt to impose another candidate in the coming governorship election would backfire.

Party stalwarts who spoke with our reporter on condition of anonymity, accused the ex-governor, popularly called ‘Ibro’, of embarking on a journey that may spell doom for the party, even before the governorship contest proper, kicks off.

One party stalwart claimed, that one of the ex-governor’s plan, is to reduce the number of candidates, and foist his son on the party by the exorbitant nomination fee, which they said is already driving many candidates out of the PDP into other parties.

“In the last two weeks, they have asked aspirants to pay the sum of N75 million as nomination form fee without giving any genuine reasons why aspirants are being asked to pay such ridiculous amount,” one aggrieved member said.

According to them, the strategy is similar to the one used during the NASS/presidential election when high nomination fees were used to push many candidates out in favour of a senatorial candidate.

They however, warned that if this is not checked by the national leadership of the party, the party will fail woefully in its mandate to produce the next governor of the state, and that the error will also mark the exit of the party from the state polity.

They further argued, that the way out of the defeat staring Kogi PDP in the face was to allow the party run the selection process according to laid-down rules and regulations, rather than allow anyone to impose a candidate on the party.