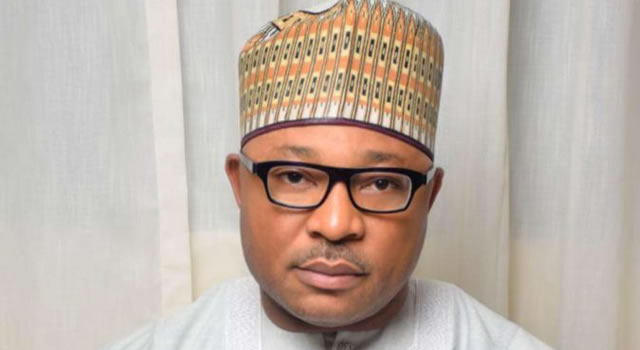 The battle ground and contest for the Kogi East senatorial seat seems to have been prepared, as two former governors in the state have reportedly thrown their weight behind the aspiration of Victor Adoji.

Adoji, who is of the Peoples Democratic Party (PDP) hopes to contest against Senator Senator Attai Aidoko of the same party who is currently occupying the seat.

Former governors Captain Idris Wada and his predecessor, Alhaji Ibrahim Idris are said to have openly endorsed Adoji for the seat, even as there are reports that Aidoko has embarked on moves to ensure that he is thrown up as a sole candidate for the post, prior to the party’s primaries.

Adoji, a former banker and journalist, who visited the former governors separately in Abuja for endorsement after obtaining the PDP nomination form, described both as credible leaders of the party who have laboured to keep hope alive in Kogi state.

The senate aspirant who said he has so far toured six local government areas in Kogi East to declare his interest to vie for the much-coveted senate seat, in a speech at his declaration in Ofu Local Government, said he was there as an aspirant for the people to convert him to a candidate.

He said he is worried when he sees youths without employment as what he sees are not human beings but industries.

“Manifesto was something that was built in the 50s and 60s and it is not a workable material, I will not have one for you. What I will sign with you is a social contract where you will tell me what you will want me to do for you and not what I want to do for you.

“The world is evolving and countries are moving away from oil, most developed countries of the world do not rely on mineral resources because they do not even have one, what they rely on is the strength of their innovation.

“I will sign a contract with you and will want any other person contesting with me if given the mandate to do so, after 24 months as your Senator I do not move you from where we are to where Kogi East should be, recall me,” he said.

He said he was aware that as their Senator, he will not have the budget to build schools, build hospitals, build roads, but would ask them to carry him on their shoulders to where he can drag these basic things down to the people.