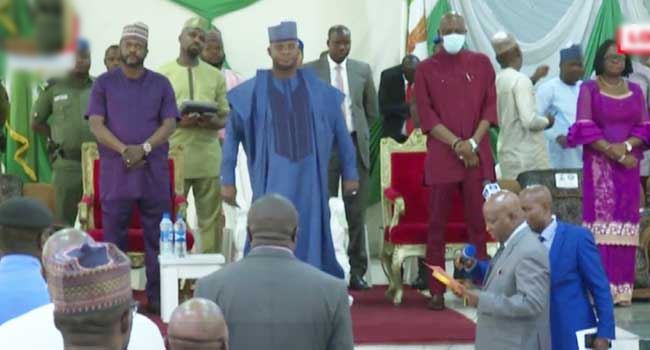 Governor Yahaya Bello-led government of Kogi has inaugurated a new Chief Judge (CJ) for the state.

Aside the state governor, other dignitaries at the event included the state Deputy Governor, Edward Onoja; Speaker of the House of Assembly, Matthew Kolawole and other top government functionaries.

Governor Bello had recently approved Olasuyi’s appointment as Kogi CJ in an acting capacity, following the death of the former CJ, Justice Nasir Ajanah on June 29.

The eventual inauguration of Olusuyi as the state new CJ, came as Governor Bello also approved the appointment of Bayo Olowosegun as the acting President of the state’s Customary Court of Appeal.

The former President of the state’s Customary Court of Appeal, Shaibu Atadoga, had also died June 22, warranting the appointment of Olowosegun as his replacement.