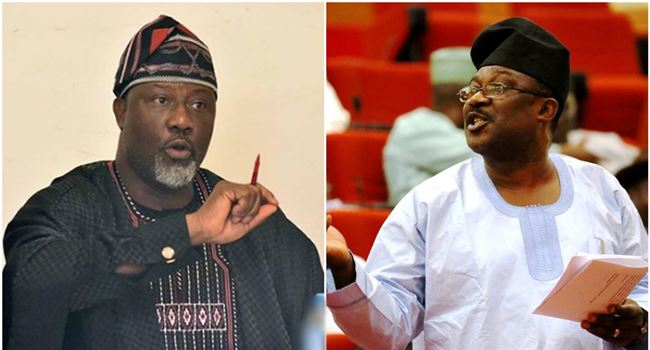 Senator Dino Melaye of the Peoples Democratic Party (PDP) has finally lost the Kogi West senatorial seat to Smart Adeyemi of the All Progressives Congress (APC).

Adeyemi reclaimed his position as Kogi West senator at the end of the Saturday, November 30 supplementary election in the senatorial district.

Results announced by Lawal showed Adeyemi polled a total of 88,373 votes to defeat Melaye, his closest challenger, who polled 62,133 votes.

Melaye had defeated Adeyemi in 2015 to become Kogi West senator. He also defeated him during the 2019 general election. However, his victory was annulled by the Appeal Court which ordered for a rerun poll in the district.

At the end of the election, Adeyemi who represented the zone at the Senate, before he lost the position to Melaye in 2015, emerged the winner.

Melaye has since cried foul over the conduct of the election and had vowed to challenge the outcome of the exercise in court.

Oshiomhole mocks Dino, says broom has swept off last of the 16 rebellious senators