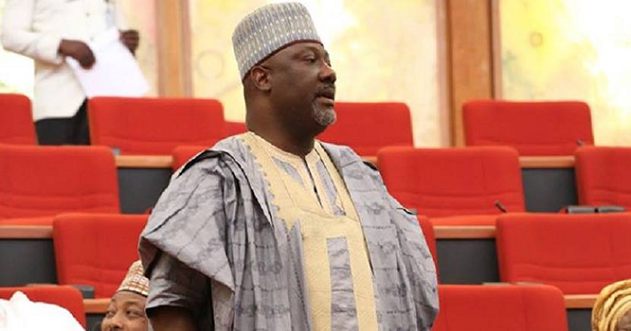 Senator Smart Adeyemi of the All Progressives Congress (APC) was declared winner of the senatorial election conducted on November 16 and 30, 2019, by the Independent National Electoral Commission (INEC).

But, Melaye, the candidate of the Peoples Democratic Party (PDP) and his party dragged the matter to the tribunal, where they challenged the result of the poll.

However, a three-member panel of the tribunal, led by Justice Sambo, on Tuesday, after listening to the parties adopt their final written addresses, reserved ruling on the matter.

The panel said counsels involved would be communicated on when judgement would be delivered on the matter.

Earlier, adopting the address, Professor Egbewole, council to Melaye urged the court to grant his prayers and declare his client as the winner based on the alleged evidence that the petitioners had the majority of lawful vote with 46,649 votes against INEC and APC which hold 43,543 votes.

Professor Egbewole, however, said though the figure was different from the one they pleaded in court against INEC, but submitted that their prayers should still be considered.

He argued that there was no evidence to the figure brought by the petitioner, hence, the case be dismissed in its entirety.

Adopting his address, counsel to Senator Adeyemi, who was the second respondents, Dr Otitoju Oladapo asked the tribunal to look into his objections to the petitioner’s prayer contained in his final written addresses.

He said, “We seek to adopt that your lordships to dismiss this petition. We also filed on the points of law to tendering of documents, urged you to dismiss the petition for lacking in merit and substance.

“The petitioner failed to prove the petition by bringing a credible witness to prove its case. When a witness lies before the court it becomes unreliable and the evidence the counsel to the petitioners brought this morning emanated from his table and it cannot stand as evidence before your Lordships. The vote was not born in this process and therefore it cannot be giving a serious backing because it is forbidding.

“I urge your Lordships to discountenance the paragraph (3.00-5.0 ) it amounts to reargument which the court forbid. Having satisfied the law the 2nd respondents was declared the winner and it has not been disproved by any witness. On this, I pray the Lordships to dismiss the petition.”

Also, Barrister M. Y. Abdulahi, who is the 3rd respondent and counsel to (APC), told the tribunal not only to dismiss the petition but to award cost in their favour “as the figure the petitioner brought to the court was not pleaded and it was manipulated by the counsel to the petitioner.

“We urge your Lordships to dismiss this case in entirety”.