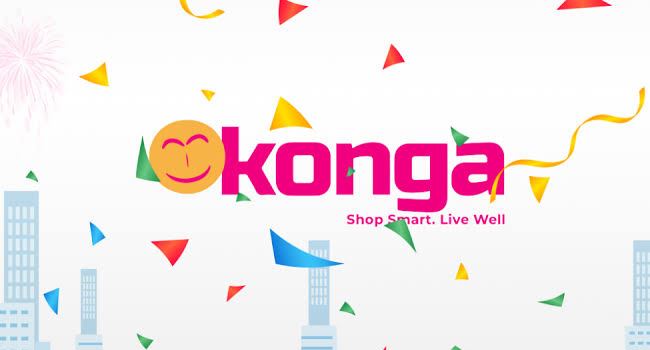 Nigerian e-commerce company, Konga, is, no doubt, one of the visible players that has heavily invested to domesticate the American Amazon idea in Nigeria, building an electronic portal to serve retail businesses in an African fashion.

With an ambition to establish a marketplace where trading can be seamless, the Nigeria-based e-commerce platform raised millions  of dollars to host its business model to become fully operational, running its corporate affairs from its headquarters in Gbagada, Lagos.

Market report, from the company, has indicated that it recorded 8 times revenue growth in 2019 while reducing cost by 65%.

Recall Konga kicked off the same year as its rival Jumia, and had to test strength with the latter as both operated in similar fashion.

However, while Jumia was making moves to expand its business across Nigeria, Konga, on the other hand was only extending its footprints across states within the country, leaving its offering exclusively to the Nigerian market.

Today, in the words of its CEO, Prince Nnamdi Ekeh, Konga now operates at the apex of e-commerce in Nigeria courtesy of its “company’s long-held tradition of ethical conduct and realistic business model.”

However, despite how promising the industry is, the challenge of lack of trust using an online payment system in Nigeria still double-downs the industry’s potential. And, this might be another long walk for most e-commerce platforms.

Although, Africans are fast coming to adapt and learn to build trust as more Fintech initiatives populate the African space, the humbling reality (which now poses as a challenge) is that a lot of investment have gone into the development of such facility and revenue from the venture, so far, has not been able to commensurate the investment even after 8 years.

In technical terms, Konga, like every other standard e-commerce platform, has successfully built a structure that can accommodate as many users as possible. This means that it doesn’t require any extra investment when the figures of users increases. Therefore, with such investment in place, not having enough people signed up means its investment is under performing.

This is akin to operating in the telecommunications industry where two or more players can share a mast to cut down cost. When players have to erect their individual mast, there can only be a waste of funds.

With each e-commerce firm building its asset on a solo relationship, these companies are losing from the venture, more especially as they grapple with the early challenges of building trust and luring the public to patronise.

Analysts have noted that there is still fear that Africa is not prepared for an e-commerce idea. But, Zinox Technologies, Konga’s new owner does not see it this way when it pushed to acquire the company in the first Quarter of 2018.

Nnamdi Ekeh confirmed this, in his 2019 company appraisal, where he disclosed that “Konga went a long way in restoring investor and customer confidence in the Nigerian e-commerce sector,” noting that the company has undergone a remarkable transformation since it was acquired by the Zinox Group.

According to the CEO, the acquisition “has been a refreshingly positive source of delightful innovations, and sound corporate governance which have dispelled the negative clouds that hovered over the sector in 2019.”

Konga, therefore, seems to be doing everything to scale its business despite  raving challenges that abound. Analysts consider its Zinox purchase as a saving grace for the old Sim Shagaya’s business as the acquisition by Zinox came barely two months after Konga fired half of its staff capacity.

Today, to keep busy and support its business like Jumia, Konga has also permitted 3rd party retailers to use its platform to market their goods for a little commission.

Hopefully, in the end, a huge percentage of Africa will embrace the e-commerce culture when they become busier and can no longer afford to shop around markets and malls.

Until then, Konga, and others, might have to keep running at the background.

Related Topics:fintechKongaZinox Group
Up Next

REVIEW: Shall we forget about credible elections? Still on the 2018 Electoral Act Amendment Bill that must be killed