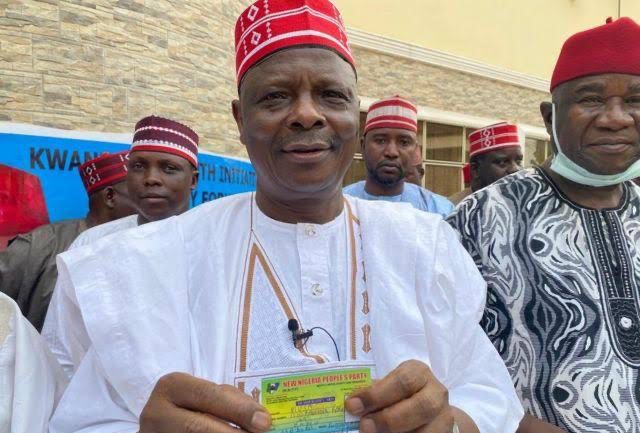 After weeks of speculations since he openly identified with the NNPP, Kwankwaso, a presidential candidate in the 2019 elections, officially defected from the main opposition party, PDP, and has now given reasons behind his decision.

Kwankwaso who spoke to journalists after receiving his NNPP membership card from his ward chairman in Abuja, called on other well-meaning Nigerians to join his new party to attain the change Nigeria is yearning for.

Speaking while receiving the membership card of his new party, Kwankaso said he decided to leave the PDP due to the crisis currently rocking the party at both the state and national levels.

“We had a situation in April last year where zonal positions were being shared among the states and all leaders in the six other states were given the opportunity to nominate. But in Kano, some people felt I wasn’t that important, so they had to do what they did.

“That is what triggered the issue of my defection. I spent almost a year now waiting for the PDP to talk to me, even the new leadership, to come and talk to me; they didn’t want to talk to me.”

Kwankwaso added that the issues, coupled with the way he was treated with disrespect convinced him that the issues could not between him and other leaders of the party, hence his decision to leave.

What Lagos has is a ‘puppet’ governor —Jandor