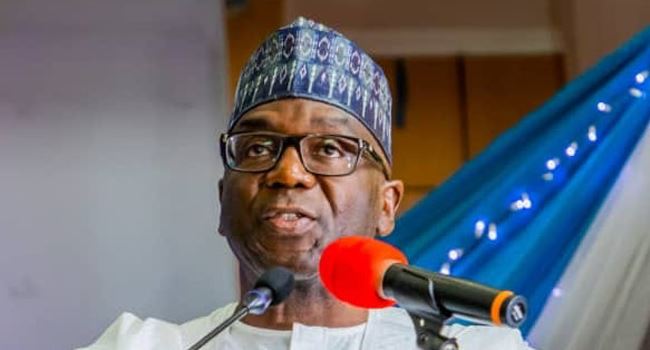 The Kwara State Governor, AbdulRahman AbdulRasaq of Kwara, has increased the state’s 2021 budget from N123 billion to N134.6 billion.

The governor presented the reviewed budget to the State House of Assembly via a letter addressed to the Speaker, Yakubu Danladi.

Danladi read the letter during a special plenary on Monday.

In the new budget proposal, the capital expenditure has been increased to N64.9 billion and the recurrent expenditure pegged at N70.4 billion.

The speaker described the turn out of the lawmakers during the special plenary on the budget review as collective dedication to serve the people of the state despite the short notice.

Danladi referred the reviewed budget estimates to the House Committee on Finance and Appropriation for further legislative action.

Governor AbdulRasaq presented the state’s 2021 budget to the House on December 15, 2020.

Related Topics:2021 BudgetKwara govt
Up Next