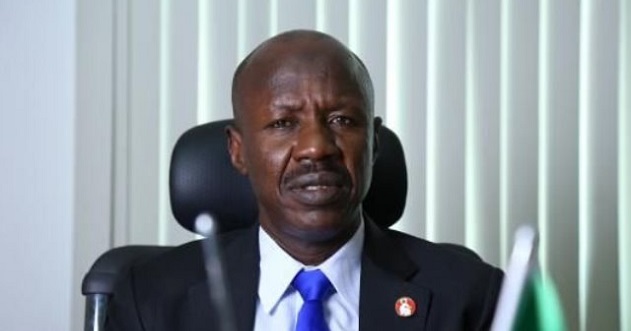 The Economic and Financial Crimes Commission (EFCC) has declared that no high profile individuals involved in corrupt allegations would be shielded from prosecution by the anti-graft agency.

This was revealed on Tuesday by the Acting Chairman of EFCC, Ibrahim Magu, some moments after he arrived at the zonal office of the anti-corruption agency in Illorin, the Kwara State capital, at about 11.20am on Tuesday.

“All of them would be arraigned as soon as investigations are concluded,” he said.

“I am here to see how my men are doing and to also see areas of improvement in the bid to ensure efficiency in the system,” Magu added.

He asserted that the campaign against corruption had just started noting that “more looters will be repatriated back to the country for prosecution.”

Magu’s comments comes a week after Kwara State Governor, Abdulrahman Abdulrazaq, alleged the immediate past administration in the state sold off 110 properties in the state, including the Deputy Governor’s house.