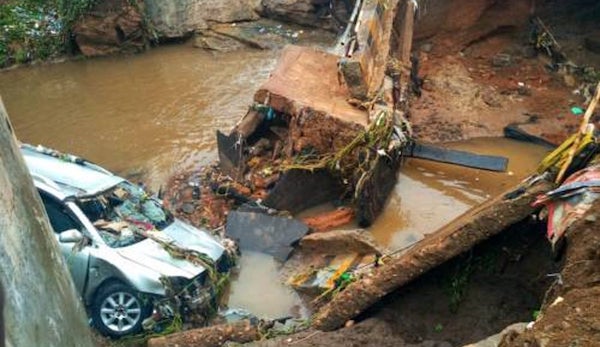 Three members of the same family died on Sunday when the car they were travelling in plunged into a river following the sudden collapse of a bridge in Ilorin, Kwara.

The incident occurred in the early hours of Sunday on Oko-Erin Road, off lbrahim Taiwo Road, in the llorin metropolis.

According to them, five people were in the Toyota car with registration number LRN-978FE when the accident occurred.

The bridge which had been in existence for over two decades suddenly collapsed during the rain when the car reached the place and it plunged into the flowing river under the bridge.

Two out of the five occupants of the car escaped without any injury.

The Director of the State Fire Service, Mr. Abdulwaheed lyanda-Yakub, told journalists that the victims were members of the same family.